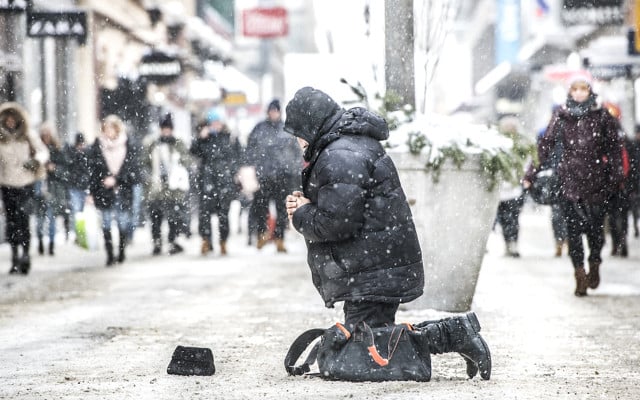 The human rights NGO is now investigating the accounts, which it says suggest Stockholm police in particular may be acting as if there was a begging ban in the city.

“We have quite a lot of testimonies from people who have been taken away far outside the city centre, let go somewhere, and then have a hard time finding their way back,” Amnesty discrimination expert and lawyer Johanna Westeson told Aftonbladet.

Sweden’s police did not want to comment on the matter when sought by the tabloid.

Viktor Adolphson, a police officer in Stockholm, confirmed some of the reports. He told newswire TT they applied the same legal rules as for “those who put out a sofa or outdoor furniture outside their falafel bar. And of course we tell both Swedish beggars, Russian beggars and so on. But the EU migrants are so many”.

He said that according to their interpretation of the law, people may not sit on the pavement and beg, but walking around with for example a cup is allowed. They are given two chances to leave, he said.

“We don't use violence, I want to emphasize this,” said Adolphson.

If they don't leave the police then remove them from the scene, but Adolphson said they are always driven somewhere where means of transport are available. “We don't just dump them somewhere,” he said.

Amnesty has since last year been mapping out the situation for vulnerable EU citizens in Sweden, and in particular Romanians who come to the country to beg. So far they have interviewed around 60 people.