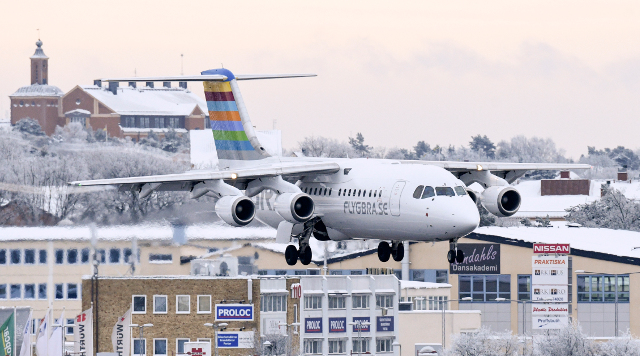 Pollsters Ipsos quizzed voters for the DN newspaper and found that 53 percent of respondents supported such a tax, compared to 44 percent when the same poll was carried out a year ago.

Some 35 percent are opposed to the tax, a figure that DN reports has not changed significantly in the past year. However, the number of undecideds has gone from 20 percent to 12 percent.

Pitched as a green tax that will encourage consumers to choose more environmentally friendly transport methods, it has been spearheaded by the Green Party (the junior partner in Sweden’s coalition government). The proposal was first announced in March last year but has been watered down slightly since in response to heated objections by some of Sweden’s opposition parties.

The move was not popular among airlines either. SAS, BRA and Norwegian teamed up in an opinion piece published in business paper Dagens Industri (DI) last March to argue that the environmental benefits would be “minimal” and that resources should be invested in developing cleaner fuel and more climate friendly technology instead.

Other European nations already have similar airline taxes. The UK for example has had Air Passenger Duty designed to offset the environmental cost of air travel since the 1990s, while Germany has had an Air Transport Tax on flights from German airports since 2011.

DN/Ipsos quizzed 1,029 respondents between March 9th and 19th for its poll.