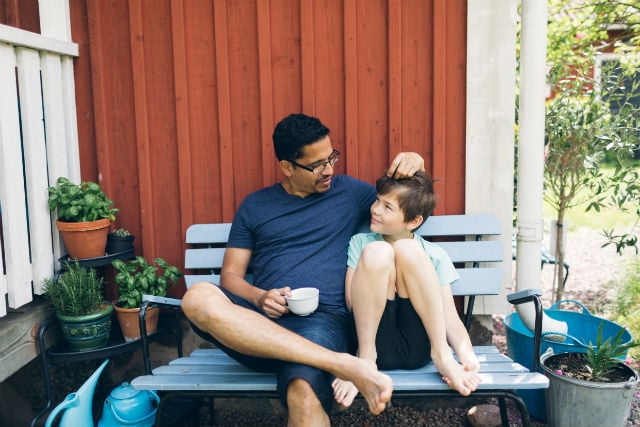 Gender equality means what it says on the tin. It isn’t just the ongoing fight for women’s rights, it’s about guaranteeing safe, healthy, and fulfilling lives for everyone — men included.

Identifying and removing gender barriers is the first hurdle to jump on the road to equality. Gender stereotypes can shape the course of a child’s life, influencing later career decisions and, in some instances prove deadly, says psychology researcher Joshua Juvrud.

“Masculinity is defined by characteristics which serve as rules for how men should act and think,” explains Juvrud, who is soon to complete his PhD in social psychology at Uppsala University.

“This idea of traditional masculinity promotes a sense of autonomy and a desire to maintain emotional control. This leads to concealing vulnerability and ultimately can result in negative health-seeking behaviours.”

According to Juvrud, who is originally from the United States, “masculinity is a barrier” that leads to men bottling up emotions and an unwillingness to seek professional help for worrisome physical symptoms.

“One thing we often forget is that our gender is something we perform. So for men, that means being tough, strong, containing emotions, being self-reliant, and so on.”

Breaking down harmful gender stereotypes, he says, is the first step to dispelling the notion that ‘real men’ don’t ask for help, potentially saving millions of lives.

But how do you reverse stereotypes that have been around for generations? The answer could be as simple as encouraging dads to spend more time with their young children.

Juvrud refers to a study conducted at Uppsala University that looked at the distribution of parental leave to care for infants aged 10-16 months old. All of the infants started with the mother before half transitioned to the father.

He says that the study demonstrated having a father present positively affects the development of a child in its first year. This involvement impacts the child’s perception of the social world and can go on to form the basis for later associations and stereotypes.

“It’s unambiguously good for the whole family for men to be around,” believes Erik Angner, a Philosophy professor at Stockholm University. “You can be with your baby which is good for them, and you can divide the labour with your partner.”

Erik with his twin daughters.

In Sweden, where measures like subsidised daycare enable mothers to return to the workforce, it also eases the financial pressure from men who otherwise become the sole breadwinner following the birth of a child.

“People often talk about the trap for women where someone has to quit to stay home to take care of the kids. It’s often the parent who makes less money, which is usually the mother,” says Erik, who is Swedish but spent two decades living in the United States.

He adds that this is damaging for women who fall out of the loop and find it harder to get back into the labour force. However, he says, there is a similar and less discussed trap for men.

“In some cases, you have to take on extra duties to make up for the loss of income, which means you see your kids even less than you would have otherwise.”

Not only does this lead to increased stress, which can be both physically and mentally debilitating for men, but businesses also suffer when women have to take time out to raise a family. Aside from benefits such as widening the talent pool, it’s also financially profitable to have more diversity in the workforce.

Companies in the top quartile for gender diversity in their executive teams are 15 percent more likely to experience above-average profitability than companies in the fourth quartile, McKinsey found in its 2017 Delivering growth through diversity report. What’s more, for every 10 percent improvement in gender diversity, comes a 2-4 percent increase in overall profits.

Programmer Patrik Svensson is one Swede who unwaveringly appreciates the increased gender equality in Stockholm.

He relishes the nine months he spent at home caring for his daughter. The financial burden was also lessened as both he and his wife, who works as a teacher, could continue contributing to the household.

Patrik with his wife and daughter.

Patrik knows how lucky he has it, in part, he explains, because it was totally different for his parents’ generation.

“It was very traditional. I grew up in a household with my father working and my mother staying at home,” he recalls.

Societal norms have shifted dramatically since then and a generation later it’s standard for both men and women in Sweden to take time off from work to care for their young children.

But this change in attitude didn’t come about organically. Since ‘maternity leave’ became ‘parental leave’ in 1975, there has been a collective push to redefine gender stereotypes.

“He was pictured with these enormous muscles holding a tiny baby, signalling it’s a manly thing to spend time with your child,” he describes.

While the campaign may have verged on the absurd at the time, messages like these gradually began to take effect and, in 2017, 27 percent of all parental leave benefit was paid out to men. This has vastly increased even since 1999 when the same figure was just 12 percent.

But here’s the clincher. It turns out men are actually biologically hardwired to care for their babies, and probably always have been.

Research has shown that once men become fathers their hormones completely change. There’s a significant drop in testosterone, while their oxytocin level, otherwise known as ‘the cuddle hormone’, doubles as soon as the woman becomes pregnant.

“It’s really interesting because as a culture and society we tie this idea of testosterone to masculinity, but it’s not reflective even of our biology. It doesn’t make sense for fathers not to be involved with their children early on when biologically they are prepared for it,” says Juvrud.

A knock-on effect of less paternal involvement is the perception that men are inept at caring for their young children. It’s an opinion Erik would encounter often living in the States, usually pertaining to his toddler’s eclectic outfits.

“She developed very strong opinions about what clothes to wear so we let her dress herself,” he recalls.

At the time, Erik and his wife were living in the United States where he was working as an associate professor. Each morning, he would push his daughter in her stroller to the daycare on campus while he prepared himself for passersby to make the same familiar comment.

“Certainly every week someone would look at her and then at me and say, ‘I guess dad dressed you today, huh?’”

The implication was that, as a man, Erik wasn’t up to the task of dressing his daughter. And the comments didn’t stop once he’d dropped her at daycare. Spotting the empty stroller, someone would inevitably quip that he must have lost the baby.

It’s remarks like these that Erik doesn’t have to brush off now that he’s living in Stockholm.

“Often I show up to the office here with a pacifier in my pocket. I’ll whip it out in the fika room and no-one bats an eyelid, it’s not strange here for a guy to do that.”

He adds that encountering this kind of stereotype as a man is not the end of the world, but there's a sense in which the idea that men are unable to care for children is the same stereotype that says women can't drive or focus on work once they become mothers.

He really notices the difference now that he's back in Stockholm where it’s not frowned on, or seen as ‘unmanly’, for dads to stay at home with their young children. In fact, it’s encouraged, with 480 days of paid parental leave to split between both parents.

Workers are not guaranteed paid family leave in the United States, instead, explains Erik, each person is free to negotiate their own solution.

“In theory, that’s great both for the employee and the employer because it sounds like freedom. But in reality, it’s extremely hard to negotiate these things.”

He recalls broaching the subject with a former boss when his eldest daughter was born. Following Erik’s “pitch”, the boss simply looked at him and laughed.

“That was the end of the conversation,” he sighs.

For Erik, what was non-negotiable was being unable to share what he describes as “the burdens and joys” of parenthood. He believes that the chance for a man to bond with his child is not something to be passed up.

Joshua Juvrud plans to apply for his Swedish citizenship.

It’s among the reasons, Juvrud, who moved to Sweden five years ago, has chosen to apply for his Swedish citizenship.

“Being able to invest in my child is extremely appealing and now I can’t imagine not having that kind of opportunity,” he says.

For the American academic, parental leave isn’t the only bonus of gender equality in Stockholm. From family life and work to dating (“the man isn’t always expected to pay”) and even interacting with friends, he believes he benefits daily from living in a city where men and women are on equal footing.

“In Stockholm, there is less ‘toxic masculinity’. There’s much less pressure on men in every sense and I think a big part of that is the gender equality here.”