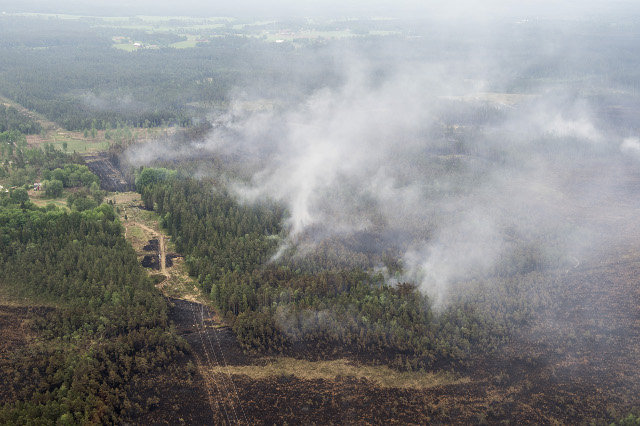 File photo of a forest fire in Sweden. Anna Hållams/TT

National forecaster SMHI has warnings for grass or forest fires in place in Götaland, Svealand, and large parts of Norrland – Sweden's three historical 'lands' – caused by particularly high temperatures for May combined with a lack of rain.

Several municipalities such as Stockholm, Gotland and greater Gothenburg have bans on lighting fires in place, meaning it is not permitted to light portable barbecues unless done at specially designated barbecue spots built to prevent the spread of fire.

The warnings are not to be taken lightly: forest fires broke out in areas of Västmanland and Uppsala on Tuesday, though both are now under control according to the emergency services.

Much of Sweden has had barely any precipitation in recent weeks, and that is forecast to continue in the main cities Stockholm, Gothenburg and Malmö for the near future, as well as further north in Umeå and Kiruna. The cause is a high pressure area sitting over northern Europe since the beginning of May.