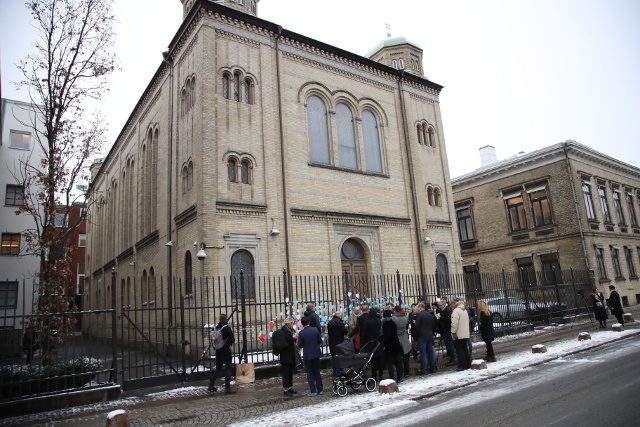 Aged between 19 and 24, one Syrian man and two Palestinian men were identified by the synagogue's surveillance cameras and will appear before the Gothenburg district court on June 12th over aggravated arson.

The prosection argues the charges, which the accused deny, are aggravated by “the crime's motive to violate an ethnic group because of its beliefs.”

A few days after US President Donald Trump recognised Jerusalem as the Israeli capital, a dozen people threw multiple burning objects at the synagogue in Sweden's second largest city of Gothenburg on the evening of December 9th, public prosecutor Stina Lundqvist told AFP.

Some 20 youngsters participating in a celebration briefly took shelter in a cellar during the attack, but no one was injured.

A total of five people were arrested and two of them were later released due to lack of evidence.

Edip Samuelsson, a lawyer representing the Syrian suspect, the oldest, said the investigation launched into the attack does not prove his client was at the premises.

Samuelsson said all evidence is based on  surveillance footage which shows more than a dozen people he said are unrecognisable because of their covered faces.

“You wouldn't even be able to recognise your own son,” he told AFP, adding his client is “an ordinary young man who works to provide for his family in Syria.”

Lindqvist acknowledged that the CCTV images “aren't very clear,” but that they did help identify the suspects' clothes. Other evidence is based on the alleged perpetrators' phones and witness testimonies.

She told AFP that they are “young men who have recently arrived in Sweden with an assertive political conscience.”

One of the suspects had googled the synagogue's location on the same day, according to the prosecution.

If found guilty, the men risk a minimum of six years in prison followed by expulsion.