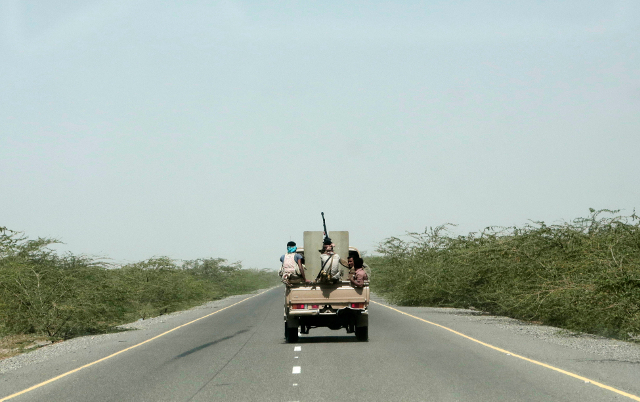 The UN Security Council on Thursday called for a key port in war-ravaged Yemen to be kept open to deliveries of vital food and humanitarian supplies after the Saudi-led coalition launched an offensive to seize Hodeida.

But the council brushed aside a call by Sweden, a non-permanent member, for a freeze to the military operation to allow time for talks on a rebel withdrawal from the Red Sea port.

The council met behind closed doors at Britain’s request following UN warnings of a looming humanitarian disaster from an all-out assault on Hodeida.

Following a two-hour closed-door meeting, Russian ambassador Vassily Nebenzia, who holds the council presidency, said council members were “united in their deep concern about the risks to the humanitarian situation”.

Council members “reiterated their call for the ports of Hodeida and Saleef to be kept open”, said Nebenzia.

The United Nations has warned that the military operation could cripple deliveries of commercial goods and humanitarian aid to millions of people in Yemen who are on the brink of famine.

The Red Sea port, controlled by the Iran-backed Huthi rebels, serves as the entry point for 70 percent of the impoverished country’s imports, but the coalition maintains that the rebels use it to smuggle weapons.

“It is time for the Security Council to call for an immediate freeze of the military attack on Hodeida,” said Swedish deputy ambassador Carl Skau in a statement ahead of the meeting.

“This is needed to give the special envoy and United Nations-led efforts a chance to avert disaster and find a sustainable political solution to the conflict.”

It was the second time this week that the council has met to try to address the crisis in Yemen.

On Monday, the Security Council said it supported UN envoy Martin Griffiths, who is leading diplomatic efforts to convince the Huthi rebels to hand over control of the port.

The council did not call on Saudi Arabia and the United Arab Emirates, whose troops are backing Yemeni forces, to refrain from attacking Hodeida.

More than 22 million people in Yemen are in need of aid, including 8.4 million who are at risk of starvation, according to the United Nations, which considers Yemen to be the world’s worst humanitarian crisis.