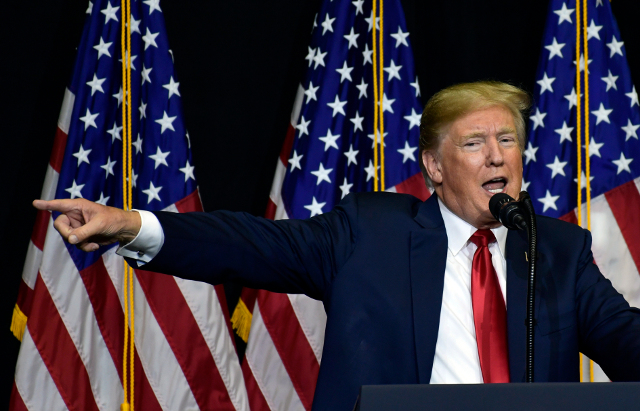 Volvo, which has been owned by Chinese construction giant Geely Holding Group Co since 2010, had planned to go public by the end of this year.

However, the auto behemoth has had to backtrack on the plans, citing fears over mounting tensions sparked by the US-China trade conflict.

“The issues around trade are hard for us because they impact cars shipped between China and the US,” chief executive Håkan Samuelsson of the Swedish company told Bloomberg on Monday.

“It's a huge drawback,” Samuelsson told Bloomberg News. “The risk is that these headwinds will increase.” The company, which exports vehicles from units in China to the United States, had planned to do the reverse from a plant in South Carolina.

However, because of the trade war, Volvo has had to backtrack on that plan, Bloomberg said.

US President Donald Trump on Friday threatened to slap tariffs on all of the Chinese goods imported into the US, ramping up the already tense trade relations with Beijing amid ongoing talks with Canada and the EU.

The United States already has punitive tariffs on $50 billion in Chinese goods in place and another $200 billion are “in the hopper” and “could take place very soon”, Trump said.

He also told reporters that “behind that, there's another $267 billion ready to go on short notice if I want”.

That would cover virtually all the goods imported from the world's second largest economy.