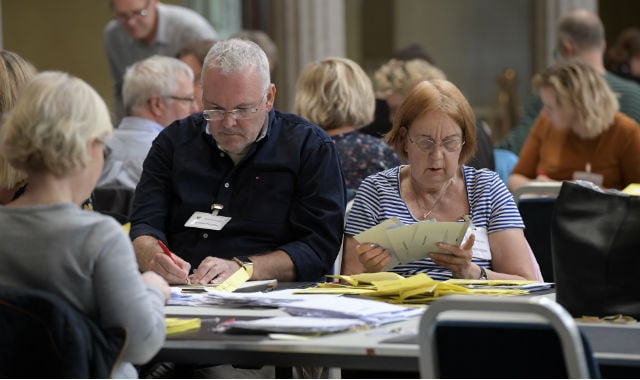 Votes being counted in Stockholm last week. Photo: Anders Wiklund/TT
Anna Nyqvist, head of the Swedish Election Authority, told the TT newswire that the allocation of seats would remain unchanged, with 144 seats to the red-green bloc, 143 to the centre-right Alliance parties, and 62 seats to the anti-immigration Sweden Democrats.
“For the election authority, it's now all about getting ready a protocol and documents for members of parliament so that the parliament is ready to start work when it opens,” she said. “There's a real shortage of time for the parliament to get everything in place before the opening.”
Prime Minister Stefan Löfven used the final tally to once again argue that as the largest party leading the largest parliamentary bloc, the Social Democrats should lead Sweden's next government.
“The final election result shows that we Social Democrats are clearly the largest party and have the biggest support for a government if the right-wing parties do not break their promise and create a common bloc with the Sweden Democrats,” he said.
There was, he reiterated, only one “constructive solution for the good of the country: to break with bloc politics”.
“Now all upstanding parties must take their responsibility to push Sweden forwards,” he said. “In this process, no one is going to manage to achieve their party's policy program in its entirety, but through cooperation we can do so much more for our country.”
In the final result, the Social Democrats got 28.3 percent while the Green and Left parties got 4.4 percent and 8 percent respectively. The opposition Moderate Party, meanwhile, received 19.8 percent of the vote, while their allies the Centre, Liberal and Christian Democrat parties, got 8.6 percent, 5.5 percent and 6.3 percent respectively.
The authority's board met at 9.30am on Sunday morning to double check the result, and the final allocation of seats was decided at about 10.30am.
The count was initially hoped to be completed on Friday, but was delayed because the high turnout and large number of people voting in advance increased the workload.
In the last election in 2014, the final count was announced on the Saturday following the Sunday poll.
Sweden's parliament is set to open on September 25, and then within two weeks, if Prime Minister Stefan Löfven has not yet resigned, there will be a parliamentary vote of confidence in him.
If more than half of MPs vote against him, then the parliament’s speaker will propose a new prime minister.
The speaker can propose four different prime minister candidates. If all four are rejected by parliament, a new election will be called. 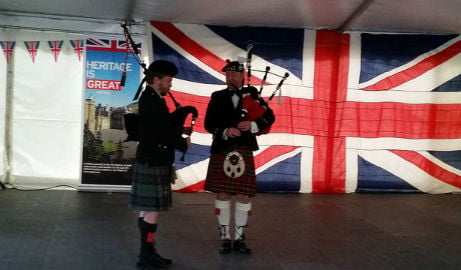 VOTE
Long-term Brits in Sweden to get back vote
Url copied to clipboard!