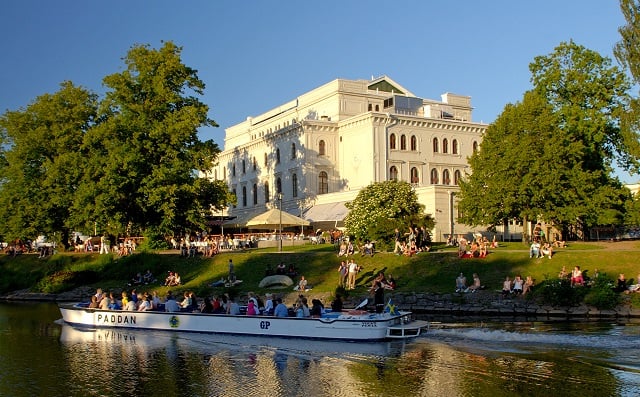 Thursday was the hottest October day in Gothenburg since records began, with temperatures reaching a high of 21.1C.

That made it the warmest day ever seen in October at the city's weather station, which has been taking the temperature since the 1800s. The previous record, of 20.8C, was set back in 1874 and had not been broken since – until now.

Other parts of the country also experienced a late wave of summer warmth on Thursday, but no other locations saw record-breaking temperatures.

However, even the record high didn't make Gothenburg the hottest place in Sweden. That title went to Väderö (whose name literally means 'Weather Island') in Halland, where the mercury crept 0.2C higher.

By the end of September, autumn had reached most parts of Sweden according to the meteorological definition, but the late period of warmth – in Sweden called a 'Brittsommar' – is expected to last until late October.

MEMBERS' QUIZ: Do you know these Swedish autumn words?