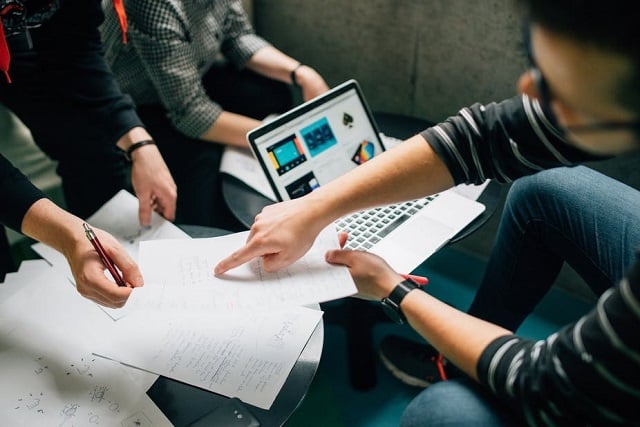 A group of Swedish journalism students, Finnish fact-checkers, British and US media entrepreneurs, Swedish and Indian media scholars and journalism teachers gathered in a co-working space recently in the old dockyard of Hammarby in central Stockholm.

This diverse group’s mission, funded by Google News Lab, was to monitor the spread of mis-information and dis-information during the Swedish national elections. The concept has travelled from the elections in the United States, the United Kingdom, France and Mexico to the Nordic country.

Understanding misinformation, falsehood, and the willful peddling of lies has become an endeavour spilling across disciplines.

“In the Swedish election mis-information is something that can lead to dis-information if there is something completely false going on and it spins in the direction that is harmful for the public”, says Mikko Salo from Faktabaari, a Finnish fact-checker. Launched during the European election debate in 2014, Faktabaari corrects the factual mistakes to support a fact-based and informed public debate. It runs by the Open Society association in Finland.

The Swedish elections of 2018 were exceedingly important not only within the country but across Europe and the world. Elections: a tussle for Sweden’s image

In Sweden, these elections were perceived as a tussle to retain the country’s character, and image, as an open society For Europe, the results could influence the nature and direction of the intensive debate across the continent on immigration. And globally, the interest stems from Sweden being widely seen as one of the last bastions of social welfare in an era of aggressive neo-liberalism.

All through the focus of attention hovered around the Sweden Democrats, with roots in the country’s Far-Right and Neo-Nazi movement. The existence of a polarized political landscape of Sweden surprises many all around the globe.

Since the last US election, there has been a growing worry worldwide about mis/dis information, trolls and bots. This concern has travelled across and up the Atlantic to Sweden. Recent research shows Sweden leads Europe in the sharing of misleading and false news on social media. This trend has particularly risen in the run-up toward the 2018 national elections with thanks to websites which intentionally create and actively circulate such false content. Emma Nilsson, journalism student at Lund University and a second time voter, felt “extremism is growing because we have the ability to hide behind our screens”.

Journalistic endeavours have strived for ways to monitor unverified and fake reportage, as also more general trends of mis- and dis- information online. This is most commonly seen in the rapid emergence of fact-checking websites, such as Politifact in the US, Faktiskt in Sweden, Faktabaari in neighbouring Finland, or Altnews and Fact Checker in distant India.

Their monitoring of news outlets and social media have served as a public barometer, and external corrector, on the fast expanding market of false news. The significant innovation, however, is in ensuring fact-checking becomes real-time. This could impart the much needed contra-circulation, so as to safeguard the market for truth in the digital world. A real-time fact-checking endeavour would effectively become a newsroom.

During the Swedish elections an international initiative set out to do exactly this: create a “pop-up’ newsroom to track the sources of mis and dis-information outside the mainstream media, and publish a daily newsletter addressed to Swedish and international news organisations.

The workflows and processes (monitoring, investigation, and publishing) in this pop-up newsroom were designed by the participants who were, most significantly, students from journalism programmes at three prestigious Swedish universities, Södertörn University, Stockholm University and Lund University.

Learning to use generic and customised digital tools such as Check, a collaborative verification platform, Krzana a real-time search engine, Slack and TweetDeck, they became the engine of the pop-up newsroom. Combining their professional aspirations, news values, and digital capabilities these students found pathways to productively deal with journalistic challenges in a real-time environment at an important political moment in Sweden.

This initiative represents an innovation simultaneously in media literacy and journalism pedagogy. Their successful debunking of social media rumours could get amplified by partnering large, trusted news outlets. “I see that we maybe could approach smaller and more local media outlets who are not working with these kinds of tools. There is probably room for collaborations”, says Linus Svensson, journalism student at Södertörn University, and also a second time voter.

At the same time, a more rounded approach to media governance could be achieved by additionally monitoring mis- and dis- information by mainstream news outlets. Big-ticket elections next year in the European Union and India offer a fertile terrain to hone such innovations.

This article is republished from The Conversation under a Creative Commons license. Read the original article.