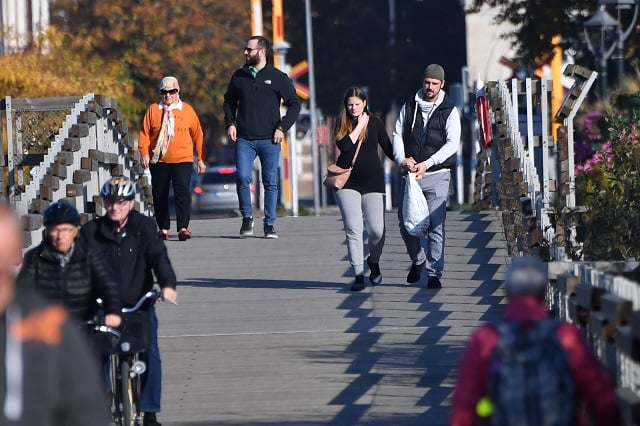 In parts of Skåne, the mercury is expected to top 15C — unusually high for the season — and even in the northern parts of Norrland temperatures are forecast to remain above zero for much of the week.

Over the weekend, temperatures plummeted and there was snow across large parts of the country, with the lowest temperature of the season so far recorded in Pajala at -18.3C.

The cold weather is expected to last through Monday, but with warmer air on the way for the rest of the week.

“We have low pressure coming in from the south-west on Monday evening and Tuesday, and it will bring with it quite mild air over Sweden. Then, temperatures may rise to above 10C in southern Götaland,” SMHI meteorologist Jan Jörpeland told the TT newswire.

In Skåne temperatures might creep up to 16-17C locally, unusually high for the season, according to Jörpeland, while in Svealand the mercury will be around 10C.

But the low pressure will also bring rain and wind.

“In Götaland, it will mostly fall as rain, but it will move north across the country and from Värmland upwards it will lead to snow on Tuesday and Wednesday,” Jörpeland said. However, the snowfall isn't expected to last too long due to more rain in the north as well.

“It seems right now that this mild weather will last for most of the week, so in the southern part of the country we will have temperatures of between 5-10C, and even northern Norrland will have milder weather,” the meteorologist added.