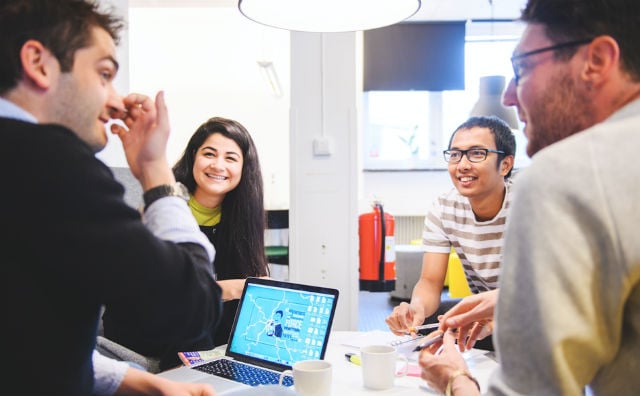 This week, SI News introduces you to five Swedish startups that are shaping a better future.

Lithium-ion battery factory Northvolt’s ambition is to build the world’s greenest batteries with a minimal carbon footprint and recycling in mind to enable a smooth transition to renewable energy.

“We have made a long-term commitment to producing the world’s greenest batteries and, as a result, environmental concerns guide decision-making within the company,” Jesper Wigardt, Head of Corporate Communications & Public Affairs tells SI News about the company’s sustainable objective.

Since its launch in 2015, Northvolt has been reflective of the sustainability commitment promoted by the Swedish government.  Northvolt hopes to lead the way for a more sustainable future: “We hope that our ambitions for recycling and reduction of CO2 will inspire the entire battery industry to move in this, more sustainable, direction,” says Jesper.

One in nine people in the world don’t have access to sufficient food to lead a healthy life, yet 1.3 billion tonnes of food is still wasted every year. Founded in 2016, Stockholm-based startup Karma’s mission is to not let edible food go to waste. The app connects consumers with businesses that are selling leftover food – food which usually would have been thrown away from restaurants or cafés – for half the original price.

Already in 150 cities and with 400,000 users, Karma promises a more sustainable future, free from food waste and its environmental and social implications.

Just Arrived, launched in 2015, tackles the tricky but ever-so-relevant issue of social integration. In 2015, following the refugee crisis, Sweden accepted more refugees per capita than any other country. But integrating newly-arrived refugees to society and the job market is a societal challenge the country has struggled to deal with.

Just Arrived’s app pairs people who are new to Sweden with employers. By creating opportunities for refugees in the workspace, Just Arrived’s mission is to have a positive impact on business and society as a whole.

At just 21 years old, Joel Hellermark founded Sana Labs, an education tech startup designed to adapt to students’ individual learning using an artificial intelligence platform. Based on the idea that everybody learns differently, the app adapts to each student’s needs by measuring their learning patterns. Praised by Mark Zuckerberg and Tim Cook, the start-up is in the process of revolutionising how we learn.

Swedish tech startup Amuse was founded in 2015 with the goal to revolutionise the music industry. Sofia Green, Amuse’s Head of PR, explains that “the internet has made it easier for people to distribute their art and reach their target groups directly without going through a middle man.”

The digitalisation of music has made it possible for artists to release their own music and have control over their creative rights, but being an independent artist is complicated: “We wanted to create a label that could be a true partner to artists, and could help them make informed decisions about their career with the help of all the data that the digital music consumption is generating.’ Sofia told SI News.

Amuse’s ambition is to empower artists with tools and knowledge to take more control of  their future career.

“Around 10 000 songs get released through us each week, and we've worked on over a 100 signed projects. We’re only just getting started though, so stay tuned for more,” says Sofia.