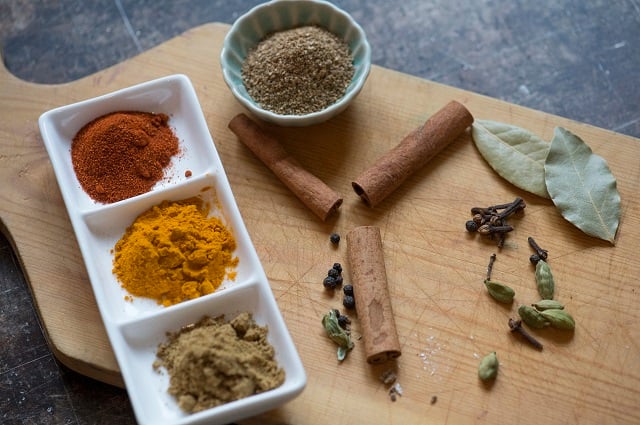 Spices have linked Sweden and India together for centuries. Photo: Leif R Jansson/TT

To a Scandinavian, cinnamon, cardamom, clove, pepper, saffron and ginger are intrinsic to their all-time favourite recipes, handed down from one generation to the next. For an Indian, they are so close to the flavours back home that I cannot help but wonder, just how did they become a part of Scandinavian food culture?

“I have a feeling the spices came into Scandinavia through the great ports of the Baltics,” says Coleen Taylor Sen, an authority on Indian food and author of several cookbooks.

“Yeah, we use a lot of it,” says Claus Meyer, celebrity chef and founder of the Neo Nordic Food Manifesto, on his visit to India.

“I think because the Danish sailors were travelling to the Indian Ocean and they brought back spices from the East. From as far back as the Viking Age and The Middle Ages, we have been using ginger, cardamom, clove, coriander, cinnamon and cumin in our food,” Meyer adds.

“Even today when we do a marinade for herring or we pickle vegetables, or we do mulled wine for Christmas and when we make cookies, all these spices seem to be part of our food culture.”

Spices and their flavours have been at the centre of trade and cultural exchanges for over a thousand years. The ancient spice trade between India and Constantinople and between China, the Asian Spice Islands, North East Africa and Southern Europe, via land and sea, is well documented. History has it that the Romans loved Indian pepper so much that they paid for it in gold.

“Around the Middle Ages, rich Swedes were using spices, called garam masala in India, as a way to differentiate themselves from the working class. Spices were the luxury of the rich and their homes would smell of spices,” says Sanjoo Malhotra, the co-founder of Tasting India symposium and a culinary expert who holds cooking classes to introduce Indian flavours into Nordic palates.

It is also believed that the Vikings chanced upon cardamom, another spice native to India, via the Venetian route and their descendants have been using it in their breads and desserts ever since.

Centuries later, these spices continue to find a pride of place in Scandinavian kitchens. Cardamom and cinnamon buns, spiced breads, and rice porridge with cinnamon sugar are all popular treats in Sweden. Perhaps the Scandinavians are the only Europeans to use cardamom in their desserts as much as the Indians do.

The only difference is that in India spices such as cardamom, cinnamon and saffron are also used in savoury preparations such as meat-based curries and rice. Pepper is another popular spice that is grown in the South of India, used as a preservative and a flavouring agent for meats in Sweden.

While traditionally they were the symbol of the rich and the nobility, spices entered the imagination of a larger population base in the 1920s through cookbooks coming in from the UK. For example, Curry-höns or 'the curry chicken', a Sunday favourite in Swedish homes, is similar to the British Sunday roast but uses a lot of Indian spices.

Much of the credit for popularizing Indian spices also goes to King Gustav VI of Sweden.

“He used to love Indian food and his favourite restaurant was Veeraswamy in London. Whenever he was at Veeraswamy he would always have the spicy Duck Vindaloo with his beer. So the story goes that it was the Swedish king who first helped pair Indian food with beer,” says Malhotra.

It is no secret that Indians love their spices, and many take their family's own spice blend with them when they move out of India. But when it comes to appreciation of spices, the Swedes are not far behind. And with the vegan movement catching on and several Swedes turning vegetarian out of concern for the climate, the discovery of new combinations of spices and their pairing with plant-based foods promises looks to be stronger than ever.