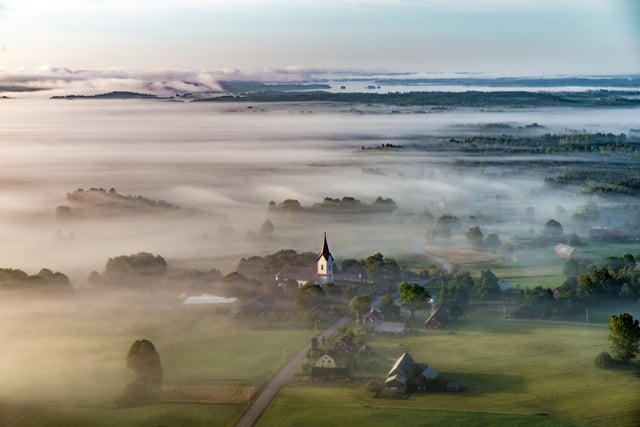 Two expats who moved from the city to the Swedish countryside share their experiences with The Local. Photo: Per Pixel Petersson/imagebank.sweden.se

“It was the best move I ever made,” says Michael Jones of his move from Gothenburg to the countryside around Trollhättan two years ago.

His relocation was financially motivated, as he planned to buy a house and this was much cheaper in rural areas of Sweden. But he has also noticed many more advantages of his new neighbourhood, some of which he had not expected.

“I find the people here are a lot more friendly and open than in the city. There's a lot more community involvement, so for example attending dinners is much easier,” Jones explains.

“I still leave my car unlocked and my house doors open.”

Another major plus is having nature and wildlife close by, which offers peace, opportunities for family days out, and the chance to go hunting, one of his hobbies.

However, the more peaceful location comes with the trade-off that his commute to work is now longer, and Jones suggests that many people moving to the Swedish countryside will need to be comfortable with getting a car and waking up early.

“Public transport is an issue; in the city you can more easily drink a few beers and catch a tram or bus home. I work in Gothenburg but I get up at 4.40am to drive to the station to catch a train,” he says. But to him, these extra efforts are worth it to live in a close-knit and affordable community with nature a stone's throw away. A view from Jones's house on his workshop. Photo: Private

Irina Banciu moved from the city to the countryside for the same reasons as Jones: to buy a house and save money, while the proximity to nature was another draw.

“We always wanted to try country living as we like the outdoors and liked the prospect of living in a house,” explains Banciu, who moved from Copenhagen to rural Skåne in 2016.

But she and her partner found it much harder to fit into the local community than Jones, and she acknowledges that the language barrier was probably a big factor in that. English proficiency levels are typically lower in smaller towns and villages in Sweden, while there are fewer events or activities for English-speakers, which can make it hard to settle in before knowing Swedish.

“Coming from UK where there is still an element of community and village life at least through the local pub, we were surprised at how isolated everything and everyone is,” she tells The Local. “We often felt like people were looking into our house or giving us strange looks.”

Poor public transport connections made having a social life “impossible”, she adds.

Her advice for anyone planning a move to the countryside is to think very hard about the reasons for the decision, and to assess how that will match up with the reality.

“It may be that you love the great outdoors but how much of your daily life are you prepared to spend on commuting and running errands?”

She also recommends researching practical things such as public transport, other local amenities, and events in the area. After two years of trying to make country living work, the couple decided to move back to Copenhagen.

“We felt the jump to the countryside was too big,” Banciu says. “Although it is lovely to have the space and forests on your doorstep, we decided we were not at the stage in our life where we could make the most of this.”

“But we will always miss the big garden in the summer, not having to live by other people's rules, and the beautiful nature.” A view over Skåne. Photo: Private