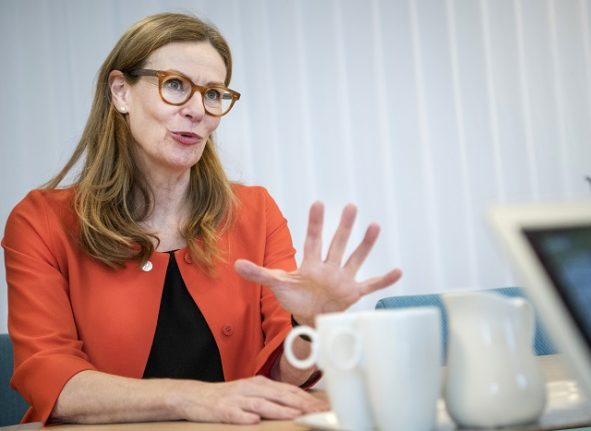 The probes follow revelations in an SVT documentary that Swedbank may have been used for extensive money laundering over a 12-year period, including transactions linked to the scandal-hit Danske Bank.

In response, Sweden's Financial Supervisory Authority (FI) has launched an investigation into the lender together with the equivalent authority in Estonia, since many of the suspicious transactions took place in the Baltic states.

The FI described the allegations as “very serious” and announced that it had opened the probe “with the aim of more closely examining the information reported by SVT”.

“If it's the case that money laundering has taken place in a large Swedish bank, even if it was in the Baltics, it's clear that we need to look at what role we had in this,” FI's general director Erik Thedéen told the TT newswire on Thursday.

“The discussion I have had with Estonia today indicates that we need to have clarity and get to the bottom [of the matter] before we can reach any conclusion,” he said.

Preliminary charges were brought against Danske Bank after 200 billion euros, the bulk of which appears to come from uncertain sources, was channelled through its Estonian branch between 2007 and 2015. Documents seen by SVT showed significant transactions between Danske Bank and Swedbank during the same period, including accounts belonging to companies without contact information or telephone numbers, many sharing the same address.

And there are thousands more customers of the bank who have accounts in Estonia, Latvia and Lithuania but are registered overseas, including in tax havens such as the British Virgin islands and Belize.

Banks have a duty to report suspicious transactions to the relevant authorities, and Thedéen said that some of the transactions should “quite clearly” have been reported, based on SVT's report.

Also on Thursday, Swedbank announced that its CEO Birgitte Bonnesen had requested an external investigation into the allegations by the auditing firm EY.

“I have given EY a broad mandate to independently and thoroughly investigate the information that was presented on the TV programme,” said Bonnesen, who before the SVT documentary had claimed Swedish banks were less vulnerable to laundering than Danske Bank due to a focus on domestic companies and individuals.

The results of this investigation will be reported to Swedbank by the end of March this year.

Shares in Swedbank had plunged by over nine percent on Thursday by 4pm following the allegations, and some customers took to its Facebook page to criticize the lender. “The only right thing to do is to leave Swedbank!” wrote one follower, while another urged customers to “sell [their] shares”.

Finance Minister Magdalena Andersson said she did not want to comment on the Swedbank case specifically, but said it was “important that there is trust in our banks”, and said there were ongoing discussions at the EU level on possible tightening of anti-money laundering laws.

PROPERTY
Why is Sweden seeing ‘biggest drop in house prices since Lehman’?
Url copied to clipboard!