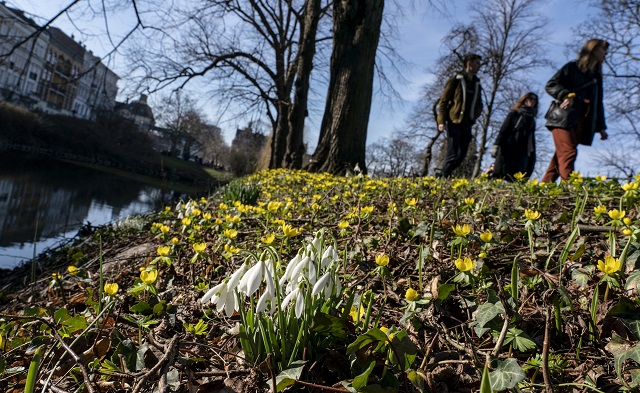 The hottest spot in the country was Karlshamn on the southeast coast, with a temperature of 15.2C on Sunday. This was comfortably higher than the previous February record of 13C, which was reached in 1934 according to SMHI.

Other parts of the Blekinge county also reached record highs, with temperatures of 14.8C in Ronneby and 11.6C in Hanö.

Over on Gotland, the previous record, set in 1943, of 8C was beaten by a Sunday temperature of 8.1C on Hoburg at the southernmost tip of the island.

But it wasn't only southern Sweden that basked in the unusual warm spell. Residents of Kvikkjokk-Årrenjarka in the far north of the country experienced a balmy Saturday with record-breaking temperatures of 9.1C, and in Jäkkvik the mercury reached 7.2C, also a record high for February.

Many other parts of western Europe also experienced record warm temperatures over the weekend. The UK saw its warmest ever February day and temperatures in France were twice as high as the seasonal average.

The highest temperature ever measured in Sweden during February is 16.5C, recorded in Småland on February 18th, 1961.