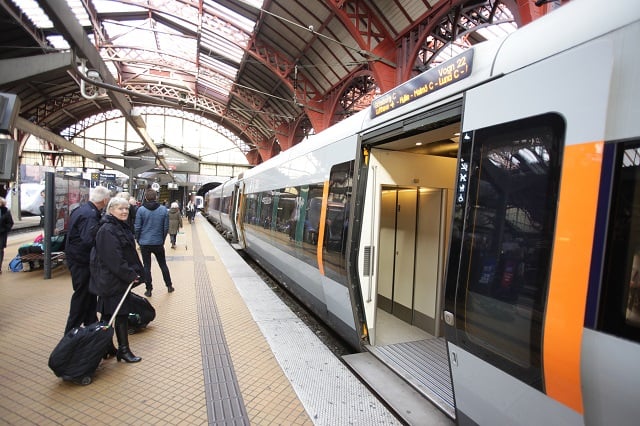 Passengers prepare to board a train from Copenhagen to Sweden. Photo: Stig-Åke Jönsson/TT

There is currently no common booking system for European train travel, meaning passengers need to use unfamiliar sites, where not all the options might be available in English.

It is possible to book trains from Swedish stations to Oslo and Copenhagen through the national rail operator SJ, after it stopped offering other international journeys several years ago due to low demand and profitability.

But now the company plans to reintroduce the possibility to plan more journeys beyond Sweden's borders with a new “digital solution”.

“It's not a full-scale solution, but we're going into a system that will make it easier to book,” SJ's head of press communications, Tobbe Lundell, told the TT news agency.

Lundell said several different rail companies would be connected to the system so that passengers can plan routes to their desired destination in one place. It won't be possible to book the entire journey through SJ's existing booking system, but Lundell said: “We are going to make it easier to book some of the most popular destinations, for example France, Italy and Germany.”

He could not go into further details about exactly how it would work or when it would be ready, but said it should be possible for Swedish residents to plan their summer holidays using the new system.

At the end of 2018, flygskam or 'shame of flying' was named one of the words of the year by national language experts. Despite Sweden's impressive performance on many climate rankings, its aviation emissions are five times the global average.

A summer of damaging wildfires put climate issues high on the agenda ahead of last year's general election, and teen activist Greta Thunberg started a global movement when she started striking from school for the climate.

Thunberg has called for individuals to avoid flying where possible, and took a 32-hour train to speak at the Davos WEF conference, where many of the attendees arrived by private jet. Meanwhile, the initiative Flygritt (flight-free) aims to encourage more members of the public to swap air travel for more environmentally friendly alternatives such as trains.