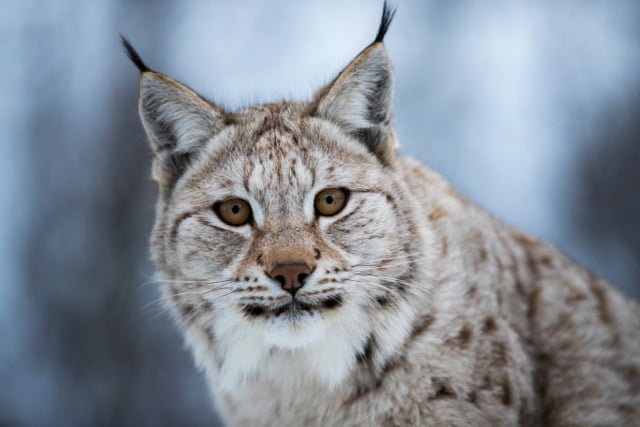 The licensed hunt gets under way on March 1st and this year 67 of the elusive animals in total may be culled in ten counties across Sweden.

Most of them, 16 animals, are in Västerbotten county, followed by 15 in Jämtland.

Hunters may continue until they have reached their quota, or until March 31st at the latest in some counties and April 15th in others. Information about the animals is then to be handed to the county administrative boards and the animals themselves are to be delivered to the National Veterinary Institute for analysis.

Sweden's lynx population totalled around 1,200 in 2018, roughly the same as the year before. The minimum for a healthy population is considered to be at least 870 individual animals.

The lynx is easily recognizable by its tufts of black hair sprouting from its ears, and large, padded paws which helps the wild cat walk swiftly on the Nordic snow in winter.

It is most common in northern and central Sweden, but has, like the wolf, been moving further south in recent years.