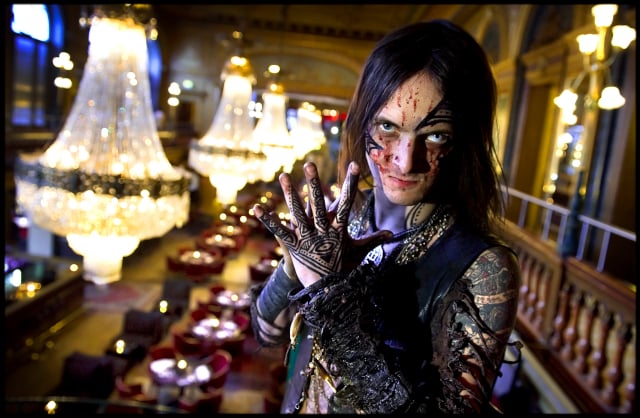 Regulators had initially granted permission for the concert by Watain, a group of black-clad, tattooed rockers, as long as they removed songs deemed religiously offensive from their performance.

But they decided to cancel the show shortly before its scheduled start after advice from the conservative city-state's home affairs ministry.

The ministry “expressed serious concerns about the concert, given the band's history of denigrating religions and promoting violence, which has potential to cause enmity and disrupt Singapore's social harmony,” said the Infocomm Media Development Authority, which regulates public entertainment.

“Watain is known for its Satanist views and some of their previous controversial performances involved animal carcasses and throwing pig's blood on its audience,” the statement added.

It said the band also “espouses anti-Christian views and advocates Satanism through their songs and endorses violence”.

Ethnically diverse Singapore has tough laws against criticizing religion or race to prevent a repeat of bloody race riots that rocked the country in the 1960s.

Ahead of the event, an online petition was posted on the website Change.org calling on the government to ban Watain as they “do not represent the culture which we want in our youths”.

The petition said that “subliminal messages in their songs include death and suicide”.

“We have been touring around the world for nearly 20 years and believe it or not, never have we encountered such old-fashioned retardation,” he said in a statement to AFP.

He described the decision as “self-righteous attempts to govern other people's lives and decisions, as if all our supporters in Singapore were incapable of deciding for themselves”.

Some online commentators were angered by the ban, saying that people should be allowed to make up their own minds about the group, but others welcomed it.

“Just looking at the stage is enough to tell this is a Satanic performance,” wrote Wilkie Ong Keng Soon on the Facebook page of Singaporean broadcaster Channel News Asia, adding the ban was the “right thing to do”.