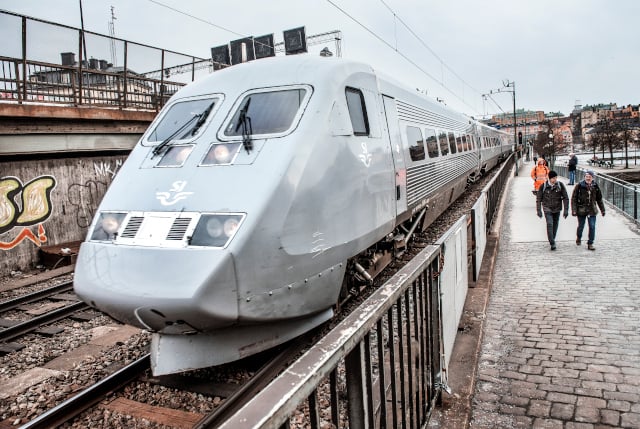 The power outage did not affect the main railway line as such, but it did knock out electricity at rail operator SJ's storage facility for long-distance trains in Solna north of Stockholm.

As a result, six trains operated by SJ were cancelled in the morning on the busy route between Stockholm and Uppsala. The Local understands SL-run commuter trains (pendeltåg) were not immediately affected.

By 8am it was not known when the problem would be resolved, but a spokesperson for Sweden's National Transport Administration told SVT it could take until 7pm on Tuesday.