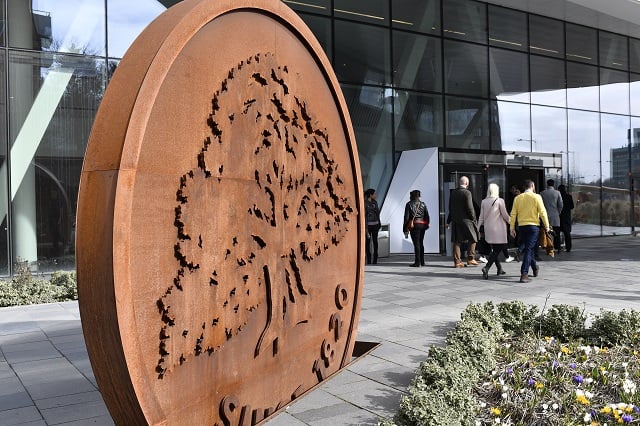 American businessman Bill Browder reported the bank in early March after an investigation by Sweden's public broadcaster SVT revealed Swedbank may have been used for the laundering of millions of kronor over a period of several years.

But the Swedish Economic Crime Authority (EBM) has decided not to open an investigation into suspected money laundering by the bank, saying the transfers involving Swedish accounts were few, and all occurred before anti-money laundering laws were tightened in 2014.

“Most of the events are more than ten years back in time,” explained Henric Fagher, a prosecutor at the EBM.

“The report from [Browder's company] Hermitage Capital and Bill Browder has been submitted to judicial authorities in many different countries and is aimed at conditions that concern Sweden and which do not concern Sweden,” Fagher said.

Browder said on Twitter that he was appealing the decision.

BREAKING: Just filed appeal with the Swedish Public Prosecutor against their decision not to open a criminal case against Swedbank. We believe that a 10 year statute of limitations applies because of alleged “gross crimes” (not 5 years as the prosecutor claims). pic.twitter.com/v6nhzrbxrG

The EBM is however investigating whether some Swedbank representatives are guilty of insider dealing and aggravated fraud. Two major shareholders in the bank sold their shares shortly before SVT published its investigation, after which the shares fell sharply in value, although both shareholders say they were not aware of the programme.

Separately, an investigation into suspected money laundering through Swedbank is being carried out by the Swedish Financial Supervisory Authority (FI), together with Baltic counterparts. This investigation is expected to be completed by October, with any decisions on potential sanctions made before the end of the year.

The FI's Director General commented on the bank's falling share prices, saying: “FI is closely monitoring developments at Swedbank and has had frequent contact with the bank due to the situation that has arisen. FI's assessment is that there are no grounds for concern about the bank's financial position, nor for financial stability.”

The bank temporarily suspended trading and fired its CEO last week amid the allegations.

FOR MEMBERS: Here's what we know about the money laundering scandal at Swedbank