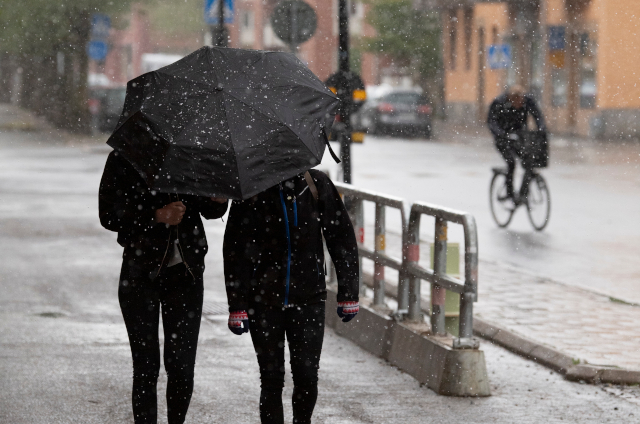 Southern Sweden is usually basking in temperatures of around 15C this time of the year, according to national weather agency SMHI. But this week the mercury seems to refuse to edge above 5-10C.

“The meteorological summer has stopped,” said SMHI meteorologist Jon Jörpeland, referring to Sweden’s definition of summer, an average temperature of above 10C on five consecutive days.

Some parts of southern Sweden even saw snow fall and stick on the ground last week, which is rare in May.

“Last year Öland had a powerful snowfall, and in 2010 the Småland highlands got a lot of snow.”

Western parts of the Svealand region also expected snowfall overnight on Sunday. It is set to spread northwards as either rain or snow on Monday, with most of Sweden experiencing cool temperatures.

“You have to be prepared for cold and unstable weather, no major changes there,” said Jörpeland.

The precipitation may actually be good news for Sweden, where a warm and dry month of April brought back unwelcome memories of last summer’s record-breaking wildfires and water shortages.

But Jörpeland warned barbecue aficionados that the ground may still be dry despite the rainfall.

The cold weather is expected to stick around until the weekend, when temperatures are set to rise.

In stark contrast to this, Sweden broke its record for the sunniest April last month. Borlänge in the Dalarna region clocked up an impressive 335 hours of sunshine, breaking Lund's and Visby's records of 331 hours in 2009.