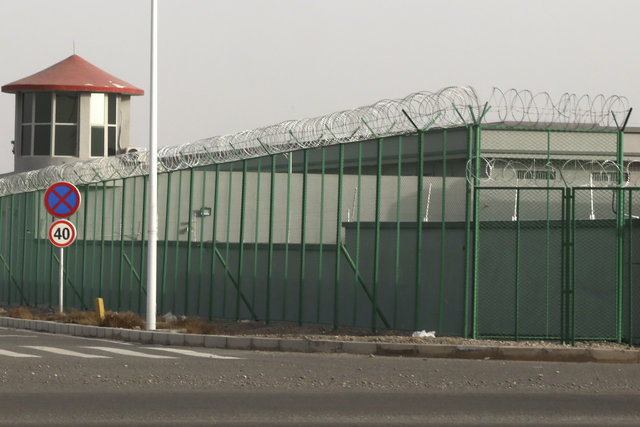 A woman who testified in court to the existence of camps for Muslim minorities in China's troubled Xinjiang region has left Kazakhstan after being refused asylum there, her lawyer said on Monday.

Sayragul Sauytbay, a Chinese citizen of Kazakh descent, and her family travelled to Sweden which had granted her an alien's passport for the journey, her laywer said.

“Of course she has gone there with that intention (of receiving citizenship),” Aiman Umarova told AFP, stressing that her client had not yet received asylum status from Stockholm.

Choosing Sweden as a destination could stoke tensions between Stockholm and Beijing.

Ties between the two countries have been strained since Chinese authorities detained Chinese-born Swedish publisher Gui Minhai while he was in the company of Swedish diplomats on a train to Beijing in January, 2018.

Sauytbay made world headlines last year when she testified in a Kazakh court that she had been forced by Chinese authorities to work at a reeducation camp where 2,500 Kazakhs were interned.

Sauytbay was arrested by authorities in Kazakhstan after she used forged documents to cross from China into the Central Asian country where her husband and children were living and had received citizenship.

Umarova said that Sauytbay needed the alien's passport because China had confiscated her passport prior to her travelling to Kazakhstan, which is her historic homeland.

China has come under increasing global scrutiny over its treatment of ethnic Uighurs and other Turkic-speaking minorities in Xinjiang, with the EU and the United Nations requesting access to the region.

An estimated one million Uighurs and other mostly Muslim minorities are believed to be held in internment camps in Xinjiang.

China has not released a figure and downplays the camps as “vocational education centres” aimed at steering people away from religious extremism.

Sauytbay's trial put under scrutiny Kazakhstan's relationship with powerful neighbour China whose Belt and Road infrastructure project is viewed by Kazakh authorities as an opportunity to access global markets.

Although the Kazakh court freed her amid a public outcry in August, migration authorities subsequently refused her asylum status in a move that appeared motivated by the need not to offend Beijing.