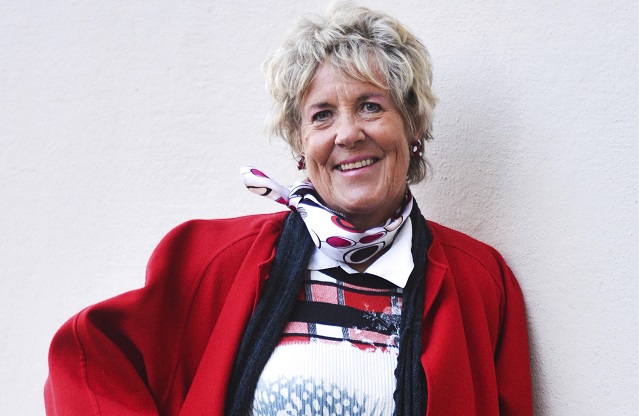 Author Catharina Ingelman-Sundberg wanted to put elderly people at the heart of her novel. Photo: Private

Did anyone that you know give you inspiration for any character?

Not really apart – maybe – from Martha who reminds me of myself. But basically I tried to choose five characteristic human beings that people could identify themselves with.

If the League of Pensioners were real people, who do you think you would get on with best?

I think that Genius/Brains would have been my best friend…

What did you learn as a marine archaeologist that helped you as a writer?

Group mentality, how people talk and act together. How you need to think about others, how you can make other people happy.

Since your book was published, have you noticed a difference in how older people are represented in Swedish media and books?

Could you describe your work schedule for when you were writing the book?

That is simple, I basically write every day from morning until about 6pm. On Monday I am free to pay bills, organize practical things at home et cetera. Sometimes if I have visitors during the day I work late at night instead.

How did you go about researching the perfect crime for the pensioners to carry out?

I plan my bank robberies as if I had been a real criminal I suppose.

One bank robbery, the one in my third book The Little Old Lady Behaving Badly, I thought about and planned for weeks. I even went to the archives to get drawings of the building.

Can you share any feedback that you have received on the book from elderly readers?

They say they love the books. In some cases the daughters have told me that when their mothers were about to die at the hospital they had asked them to read about The Little Old Lady Who Broke all the Rules.

Where did you find inspiration for the book?

In reality. Sweden once had a very good social system and they took good care of you when you were old. Then they changed political system and the elderly homes were sold out.

The new owners saved money, bad food, less people working there, you could not go out when you wanted to – maybe maximum once a week. In short, prisoners had a better time in jail where you have kitchen, eat good food three times a day, have to be outdoors one hour a day, have a gym, workshops et cetera.

Did you have any idea that the book would be so popular with such a wide range of people?

I wanted to try and write a bestseller, but it was a big surprise to me that all ages read it: seven years old to 107 years old, boys, men, girls, women, and that it became an international success being on the top lists in 12 countries.

What also makes me happy is that several different cultures like it. Japan, Korea, USA and Russia, Israel and the Arabic-speaking countries.

Catharina Ingelman-Sundberg started her career as a marine archeologist before writing historical novels and working as a journalist. The Little Old Lady Who Broke all the Rules was her international breakthrough and a bestseller in many countries.