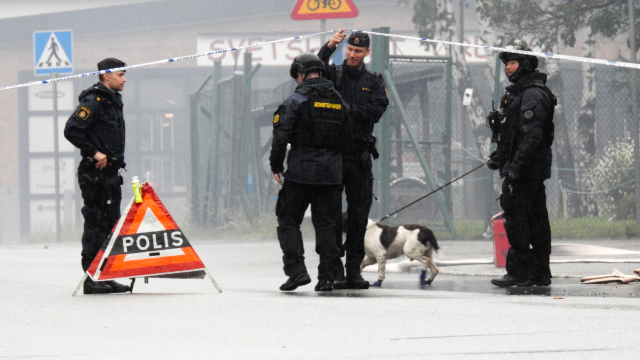 Police at the scene of the fire in Örebro on Wednesday morning. Photo: Pontus Stenberg/TT

“We suspect an explosive device detonated at a property,” police control room officer Tony Quiroga told the Expressen tabloid, after emergency services were dispatched to the scene just before 3am.

The fire, which saw a large plume of smoke rise above the city, was quickly brought under control and was not at any major risk of spreading. Nobody was injured.

Police told Swedish media that the address belonged to a strip club.

“The place is called Efter Två ('after two'). We have put together a group which is working on this particular case,” Tommy Lindh of the regional police in the Bergslagen area told Aftonbladet.

Police said later on Tuesday that they suspected the explosion was a deliberate act directed at people with links to the criminal world.