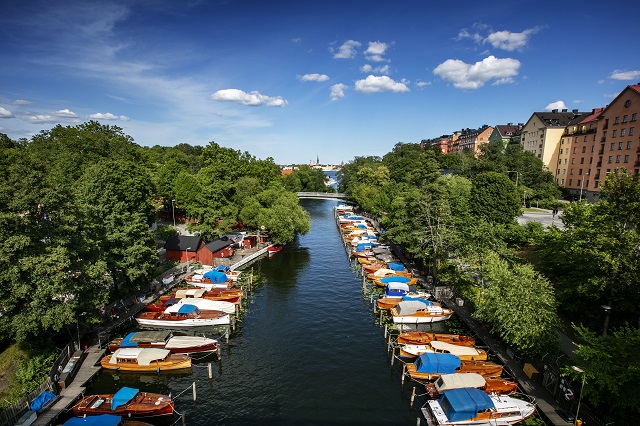 It's soon going to be perfect weather for taking a dip, or spending the afternoon out on your boat if you're lucky enough. File photo: Magnus Andersson / TT

A high pressure area was forecast to pass over Sweden on Tuesday, bringing temperatures of towards 30C from the north to the south of the country, which has so far escaped the heatwaves that have swept across much of continental Europe.

And the heat and sunshine are expected to last for a while.

“I estimate that towards Friday, the high pressure will be covering the whole country, with temperatures of between 25C and 30C, except in the mountains,” said SMHI meteorologist Emelie Karlsson, speaking to the TT newswire.

In some areas, the mercury could even top 30C towards the end of the week, and close to the coast there's a chance of so-called “tropical nights”, which means temperatures remain above 20C for a whole 24-hour period.

The big question is how long this heatwave is going to stay.

Most forecasters were expecting less stable weather conditions after the weekend, but it's possible that the heat will last a little while longer, with the last few days of July remaining warm.

On Tuesday, SMHI had not issues any warnings in connection with the warm weather, but was expecting to issue class 1 warnings for heat later in the week, the least serious level on a scale of one to three.

Meanwhile, many areas of the country were judged to be at high risk of forest fires due to the combination of heat and dry weather. Most at risk were parts of Norrland, as well as areas of Värmland, Skåne, Öland and Gotland.