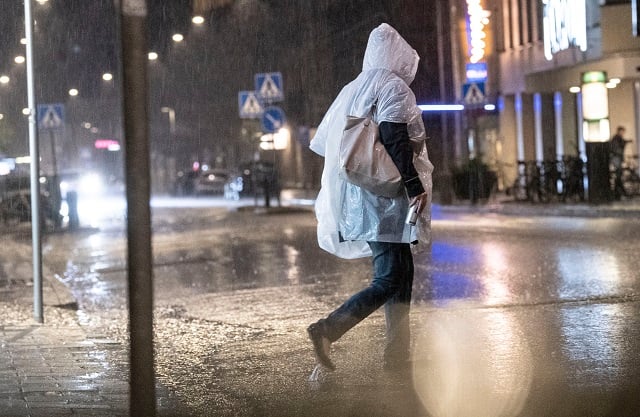 More heavy rain is on the way for much of Sweden. Photo: Johan Nilsson/TT

The southwestern and central parts of the country were in for an especially wet afternoon, with large amounts of precipitation expected in a short space of time.

“The rain will keep up throughout the evening, according to the forecast, and then ease off during the night,” said SMHI meteorologist Linus Dock.

In particular, the southwestern parts of Götaland, northern Svealand, and the southern coast of Norrland could see extremely heavy rainfall, and thunderstorms could also occur.

“Along the Uppland coast and over Gävleborg, there might be especially heavy rain showers,” said Dock, although he said it wasn't possible to predict exactly where the rain would fall.

“This means, among other things, that there is a certain risk for flooded cellars, stormwater, and roads. But there is still great uncertainty about the weather,” he added.

The official SMHI definition for “risk of heavy rain” is that there could be up to 35-50 milimetres of rain falling within a short time.