A woman stubs out a cigarette at a cafe terrace before the ban was introduced. Photo: Magnus Andersson / TT

The ban, which came into force on July 1st, applies to public spaces including bus stops and train stations, as well as outdoor terraces at cafes and bars.

Since then, Sweden's major pharmacy chains have seen an increase in sales of products to treat nicotine addiction.

“It's a clear jump. It's reasonable to think that it's due to the new law and that it has given smokers another reason to quit,” said Apoteket AB press spokesperson Magnus Frisk.

The company, which represents around a third of Sweden's pharmacy market, saw a 12 percent increase in sales of the products compared to July last year.

Kronans Apotek, the next biggest pharmacy chain, saw an increase of around eight percent, while Apoteksgruppen, which has 191 pharmacies across the country, reported the same effect.

And Sweden's Stop Smoking helpline, run by The Centre for Epidemiology and Community Medicine, saw 24 percent more calls during July.

The sudden change may be a sign that Swedes have accepted the extended ban and are adapting to it, according to tobacco researcher Tove Sohlberg at Stockholm University.

“It seems that the smoking ban has had an immediate effect,” she said. “But we will have to see over time if [smokers] quit in the long term, or if they're buying nicotine replacement products to use in situations where they can't smoke, and then continue smoking.”

Snus or chewing tobacco is still permitted under the new law. “We know that snus is a very normal way of quitting smoking. One in four snus users in Sweden is a former smoker,” said Sohlberg. 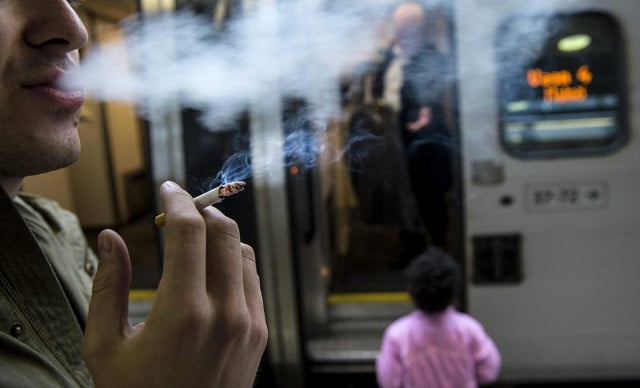