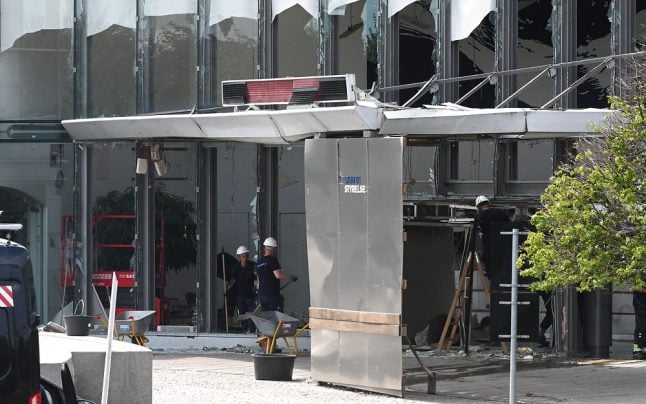 The Danish Tax Agency on August 7th, after an explosion at its entrance the previous day. Photo: Philip Davali/Ritzau Scanpix

The man, a suspect in an explosion at the Danish Tax Agency (Skattestyrelsen) earlier this month, was scheduled to appear before a judge in Copenhagen on Wednesday.

One person suffered mild injuries in the August 6th blast, while the façade of the building received major damage.

Police in Denmark believe that the 22-year-old, together with a second man, drove across the Øresund Bridge in a white Citroën Berlingo on the evening of the incident with the intention of setting off the explosion.

He appealed against extradition, but a judge at the district court in Malmö dismissed that appeal.

A 23-year-old Swede who is also suspected in the case remains at large and an international arrest warrant has been issued.

The Tax Agency blast was followed less than a week later by an explosion at a local police station in the Nørrebro neighbourhood, where a bomb exploded close to the entrance in the early hours of August 10th. No injuries occurred.

Copenhagen Police have said that the two incidents are not connected.

Justice Minister Nick Hækkerup has said he is considering firming up punishments for attacks on public authorities.