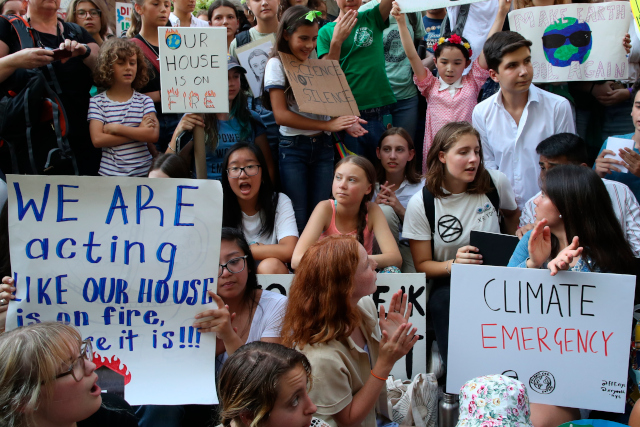 New York authorities gave their blessings on Thursday to children who want to skip school to join Swedish environment activist Greta Thunberg in a climate protest due next week.

“New York City stands with our young people. They're our conscience. We support the 9/20 #ClimateStrike,” Democratic Mayor Bill de Blasio wrote on Twitter.

.@NYCSchools will be sharing guidance with parents, educators and students on how students will be able to participate in next Friday’s events in the next few days. #ClimateStrike https://t.co/ALkuMyPJa1

Thunberg, 16, has spurred teenagers and students around the world to strike from school every Friday under the rallying cry “Fridays for future” to call on adults to act now to save the planet.

The Swede will join a protest in New York on September 20th which is taking place as part of coordinated climate demonstrations being held around the world.

It comes ahead of a UN summit on zero emissions on September 23rd.

It is not known how many people will attend but American environmentalist Bill McKibben, one of the event's organizers, told reporters on Thursday that the strike “is going to be the biggest day of climate action the world has seen”.

Celebrities and non-governmental organizations have called for large numbers of people to take to the streets.

Thunberg sailed into New York last month after a 15-day journey across the Atlantic on an emissions-free boat.

More than one million students are enrolled in over 1,700 public schools in the US financial capital.