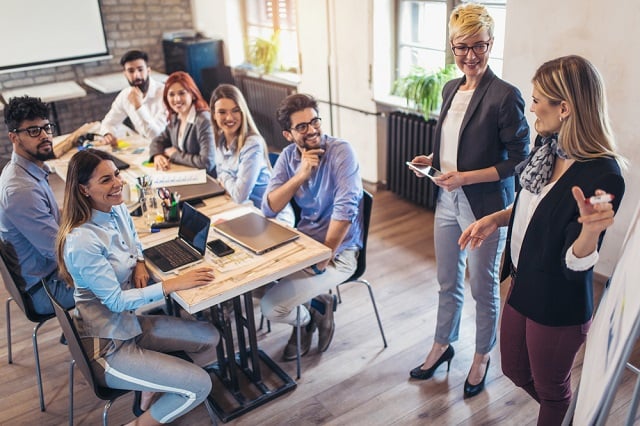 Impostor syndrome – or bluffsyndromet as it’s known in Swedish – has been a hot topic in the Swedish press for some years now. Up to 70 percent of people, not just in Sweden but around the world, report struggling with feelings of inadequacy and the fear that they’ll soon be exposed as a fraud.

According to Swedish academic Mattias Lundberg, currently an assistant professor of psychology at Umeå University, there are many reasons people may experience this phenomenon.

“From genes to upbringing to culture, there is a wide range of possible explanations of impostor syndrome. Explanations can also vary over time, between individuals, and according to your model of interpretation.”

He adds that a cultural code of conduct could explain why impostor syndrome is becoming more commonplace in Sweden.

“In Sweden, for example, the Law of Jante – the moral imperative that you shouldn’t think of yourself as better than anyone else – is likely contributing to impostor feelings,” Lundberg tells The Local. Impostor syndrome doesn’t discriminate: it affects everyone from first jobbers to CEOs and academics. Even former first lady Michelle Obama and former head of IMF Christine Lagarde have admitted to experiencing feelings of phoniness. According to a new Impostor Syndrome Research Study white paper, the phenomenon commonly leads sufferers to struggle with increased stress and anxiety levels — this in turn affects their work performance, home relationships, and ultimately their mental health.

Although impostor feelings can be triggered by any number of things, the landmark research study also shows that impostor syndrome is a huge societal problem that affects men and women equally – and that the overwhelming majority of victims suffer in silence.

“The study shows that men and women handle impostor syndrome very differently. Whereas men tend to suppress impostor feelings and push through, women tend to get stuck in the negative self-talk that causes them to avoid applying for a promotion or pay raise they know they deserve,” says Clare Josa, leadership consultant and author of Ditching Impostor Syndrome. “On the other hand, in the long run, men are five times more likely than women to turn to medication and alcohol, to drown out the stress and anxiety that impostor syndrome causes.”

“In order to close what I call the impostor syndrome gap – the gulf between who you are and who you think you need to be – the key is to firstly, realize that you are not alone, and secondly, be open about your experiences and find people with whom you can have honest conversations about how you see yourself,” says Josa.

Since impostor syndrome impacts our self-image negatively, it often evokes shame, and, over time, impostor feelings can become programmed into our everyday thinking. This might seem both daunting and disheartening, but the flipside, Josa points out, is that the inner critic can be reprogrammed to become your biggest cheerleader.

“It might take some time and effort, but in the long term, it is possible for everyone to clear out the hidden fears that drive impostor syndrome. Most people don’t know this, but impostor syndrome is something you can free yourself from once and for all.”

When you get an an impostor syndrome thought, simply acknowledge it and accept it for what it is. By doing so, you press pause on your mind’s dramatic story.

Breathe in and breathe out with deep sighs. This resets the body’s stress response and breaks the stress-fear circle. It only takes three really deep breaths to calm both your body and mind.

Choose to consciously replace impostor syndrome thoughts with thoughts that you are good enough. This will give you a hit of endorphins and it is the fastest way to reprogram your cognitive autopilot.

Whatever your experiences with impostor syndrome, it might be nice to know that you are not alone – and that you can always reduce any work-related anxiety by insuring your income with Akademikernas a-kassa.

This article was produced by The Local Creative Studio and sponsored by Akademikernas a-kassa.