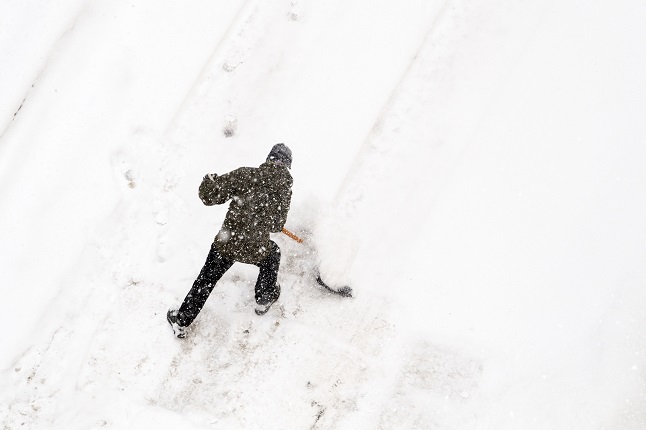 Soon it will be time to start shovelling. File photo: Ulf Palm / TT

A Class 1 warning for snowfall, which is the least serious on a three-point scale, was issued for Värmland, Dalarna (except Dalafjällen), Gävleborg except for coastal areas, and Jämtland outside the mountainous areas.

The weather warnings are active for all of Monday.

“There are two different precipitation areas, one which is over northern Sweden and one which has drawn in over southern Sweden, both moving in a northerly direction. It's mainly snowfall, but in parts of Götaland and along the west coast, it's rain that's falling,” SMHI meteorologist Max Lindberg Stolz explained to the TT news agency.

In the areas with a Class 1 warning active, and also in other regions experiencing snowfall and cold weather, drivers should be extra careful on the roads. There were several car accidents on Sunday due to slippery conditions, with over 15 cars involved in incidents near Stäketbron in the Greater Stockholm area alone.

Monday's snowy weather comes after Sweden saw its earliest autumn in 40 years, with the season officially arriving across the entire country on October 3rd.

And winter could also be arriving soon, with the snow and cold temperatures forecast to continue through the week in most areas.

If you've got pictures of the snowy weather in Sweden you'd like to share with our readers, please email them to us.