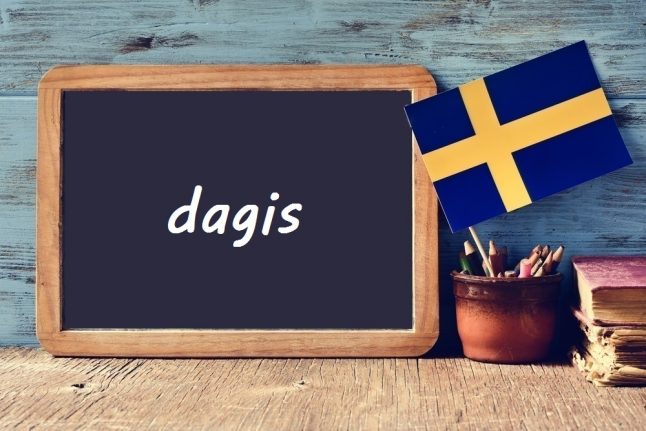 Dagis is how many people refer to 'daycare' in Sweden.

It's short for daghem (literally 'day home' or 'home for the day') but most people use the more colloquial term ending in -is, just like many other slang or informal words in Swedish.

The more formal term for daycare is förskola (literally 'preschool').

It refers to structured childcare offered for children aged between one and five, before their time at förskoleklassen (preschool class, a halfway stage between förskola and primary school) begins at age six.

In most larger Swedish towns and cities, it's possible to find international dagisar, and there are a few different types of dagisar so that parents can choose the one that best suits them in terms of location and activities.

Compared to other countries, in Sweden a very high proportion of youngsters attend dagis, partly because it's heavily subsidized and so is low-cost for parents.

Municipalities are legally responsible for providing care at dagis, and the system has existed in Sweden in some form since the early 1800s, when it had a religious link.

However, it was only in 1943 that parliament decided on the names daghem and lekskola (literally 'playschool' as alternatives to the older name barnträdgård (literally 'child garden'), which was influenced by the German Kindergarten. The name förskola came a few years later, and was intended to emphasize the educational aspect of the centres, and now lekskola is quite old-fashioned but you'll still hear dagis used a lot.

There are a few related words, such as dagisplats (a place at (a particular) preschool) and dagiskö (queue for a dagisplats).

And homeware shop Clas Ohlson is sometimes jokily referred to as gubbdagis (preschool for older men) because of the stereotype that women might drop their husbands off there before continuing with their own shopping. That's slightly outdated now, after the company's CEO committed to improving gender equality in the business, and the store's customers are around 50 percent female.

Finally, dog owners should be aware of hunddagis (doggy daycare), since Sweden has strict rules about how long it's possible to leave dogs home alone.

I need to fetch Emil from daycare

How are the children finding preschool?