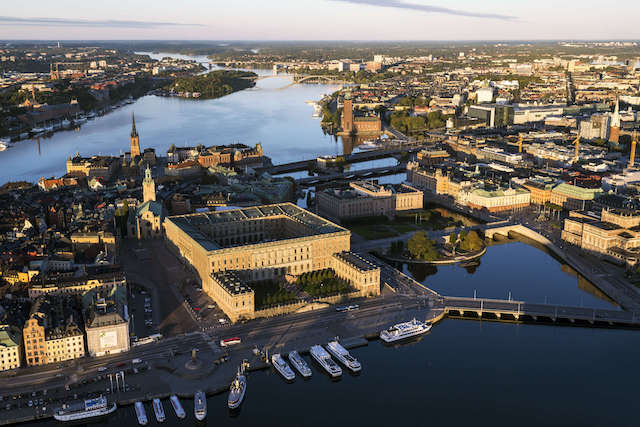 The Swedish capital has the world’s fourth-highest concentration of high-profile universities, and is one of the world’s most knowledge-intensive and pioneering places in the world.

Innovation and collaboration are in the city’s DNA which is why, in April this year, Stockholm University, KTH and Karolinska Institutet launched an extensive intercollegiate partnership that has become known as the Stockholm trio university alliance. It marked the beginning of a new era for cross-university research and education – with exciting possibilities for finding answers to the challenges that Sweden’s fast-growing capital is facing. To strengthen the development of the Stockholm region and to highlight our internationally-distinguished research and education environments at Karolinska Institutet, KTH and Stockholm University, we launched the Stockholm trio university alliance,” says Astrid Söderbergh Widding, President of Stockholm University. “Our three respective universities share a common vision that is of importance to the city of Stockholm, to the region and to Sweden as a knowledge nation.”

In addition to their commitment to the social and intellectual growth of the wider Stockholm region, the three universities extol Swedish values such as equality, openness, respect, and responsibility – and they all strive to play a key role in Swedish democracy by educating the general public and circulating knowledge and research by giving open lectures, participating in public debates, and engaging with the media. “It’s quite clear that some of the greatest challenges that we face today require cooperation across what was previously rather impenetrable silos,” says Ole Petter Ottersen, President of Karolinska Institutet. “For Karolinska Institutet, it’s extremely important to view health not merely as a medical or biological issue but something that is related to the environment and it must therefore be addressed in conversation with the humanities, the social sciences, and technology. So as a world-faculty dedicated to health and medicine, we really need collaborations like this because of the increasing complexity of health.” Sigbritt Karlsson, President of KTH explains that the three universities all have their distinctive areas of expertise and, as such, are perfectly equipped to enhance each other’s research.

“By collaborating and complementing each other, we have become the top ten in the world in terms of research output,” Karlsson tells The Local. “At the same time, this promotes exchanges between teachers, students, researchers, and administrative personnel on an everyday basis at the different universities.” The fruits of this collaboration go far beyond bolstering academic research projects. According to Söderbergh Widding, the alliance has brought the three universities closer together and resulted in a wide array of cutting-edge innovation labs, partnerships, and projects that aim at improving the quality of life for the citizens of the Stockholm region and beyond.

“Our collaboration is extensive and the examples are many,” she says. “From research facilities such as SciLifeLab and OpenLab to research institutes like the Aging Research Center, Nordita, and the Stress Research Institute, to educational programmes in a range of areas like mathematics, health informatics, and phonetics and teacher education, the alliance engages in broad and innovative collaborations across the capital.” Ottersen adds that the spirit of collaboration isn’t limited to the Stockholm region and the alliance has joined forces with several leading institutions abroad to contribute to education and research worldwide. One notable example of this work is a strategic partnership with the University of Tokyo.

“The Stockholm trio university alliance collaborates on the regional, national and international levels,” says Ottersen. “Right now we are also in the process of establishing an office together in Brussels in order to obtain decision bases and be engaged in informing and influencing research and education policies in Europe.”

In the spirit of contributing to international development, KI, KTH and Stockholm University also advocate, among many other things, open access. It’s led all three universities to take a firm stance on the importance of open access across the board – and strive to lead by example.

“We see open access as a matter of some urgency for the global research community,” says Söderbergh Widding. “The goal of this transition includes both open access to publications and to open research data.” Karlsson emphasizes that KTH has a particularly strong tradition of knowledge-sharing and research-collaboration with the Swedish industry and business community. It’s something KTH has pushed for the collaboration to recreate on a grander and more holistic scale.

“Research issues, or societal challenges as they are often called, have become so complex today that one set of knowledge is not enough,” says Karlsson. “Co-operations such as the Stockholm trio university alliance, where you add several dimensions to your thinking and gain new perspectives that introduce new aspects along the way towards developing innovations and solutions, are crucial – and also much more fun, if I may say so myself.”

Find out how you can move to Stockholm and become part of the city's innovative academic community.