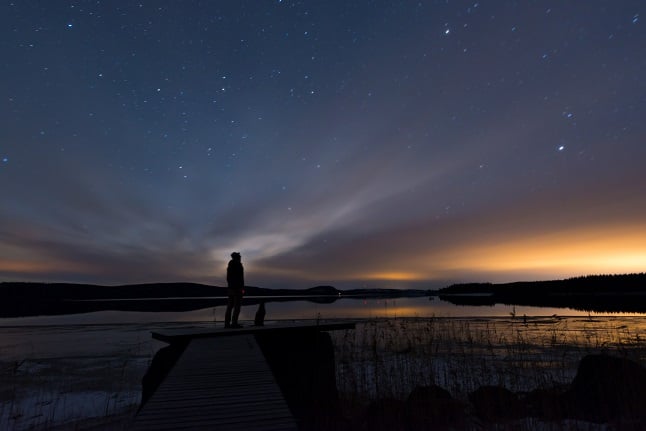 Above the Arctic Circle, the sun never appears during the polar night. File photo: Rikard Lagerberg/imagebank.sweden.se

The next time it will appear above the horizon will be in January 2020.

And the polar night – the opposite to the midnight sun, meaning there are no hours of daylight – will now move southwards.

Sweden's northernmost village, Keinovuopio, will get a last glimpse of the sun of Tuesday. Before the sun sets for the year at 11.33am it will be up for just 17 minutes, according to weather agency SMHI.

The following week, the polar night will begin in Kiruna, the largest town in Swedish Lapland.

The days will become shorter and shorter across the country until the winter solstice, which falls on December 22nd at 5.19am. After that, the sun will – slowly – make its return.