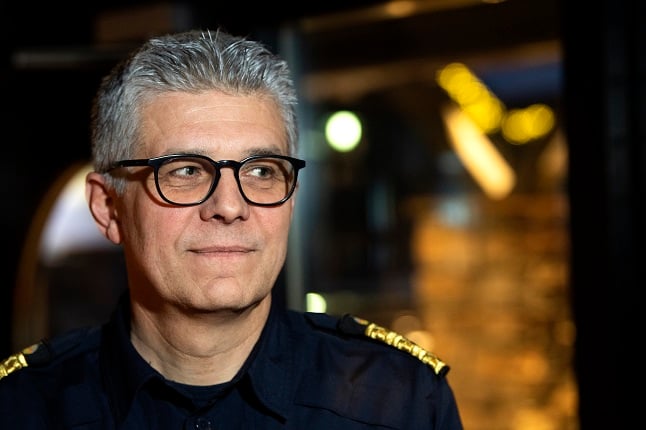 Hundreds of new security cameras will be set up in the country's so-called vulnerable areas, which are defined by a low socio-economic status where criminals have an impact on the local community.

“We will put up [the cameras] where we can have the best success rate with them,” national police chief Anders Thornberg told TT in an interview. “Public places, different areas where crimes are committed.”

The focus will be on streets and areas where drugs crimes, violence and robberies happen at a higher than average rate.

From January 1st, a new law has been in place meaning police no longer need to apply for a permit before installing cameras, and Thornberg says this will make a big difference to police work.

“It is a really important change that we can decide ourselves, so that it can happen quickly. So that we don't have to get stuck in long application processes when we know what needs to happen,” he says.

Another new law, set to come into effect from March this year, would allow Sweden's police to access criminal suspects' phones and devices and read encrypted information.

“This is completely crucial for our abilities. In order to get to the most serious criminals, you need to be able to keep an eye on their communication. Otherwise you will always be blind or half-blind. As criminals turn to encrypted messaging, we need to be able to follow them,” Thornberg said.

He explained that there are already ongoing cases in a 'queue' where investigators want to use the method once the law is introduced. “We have criminals we have singled out who we want to get closer to, who are using encrypted communications.”

It will be possible to read encrypted communications when related to crimes with a sentence of at least two years, but the police chief said that in practice the tool would only be used in relation to  the most serious crimes, such as “explosions, shootings, aggravated narcotics crimes”.

Police are beginning the decade with a larger workforce than ever, and between 2016 and 2024 the goal is to get a total of 10,000 more police officers into the job.