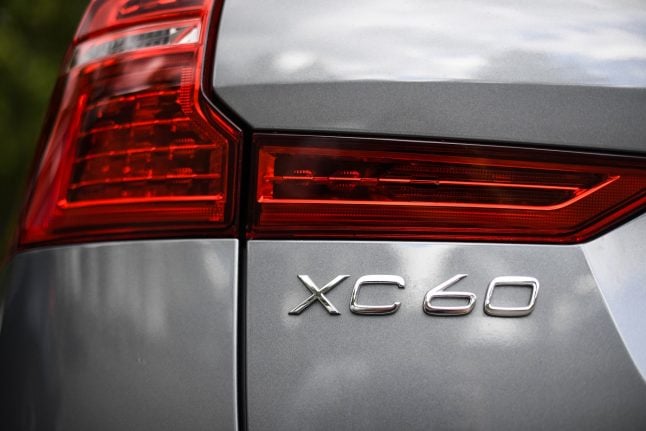 Researchers at the DUH group “discovered, what is in our view, a clearly illegal defeat device when measuring exhaust from a Volvo XC60… in real on-road driving”, they said in a statement.

So-called defeat devices manage car engines to allow higher emissions out on the road than under test conditions.

That grew even higher, up to almost 12 times, when an external temperature sensor was cooled to between -4C and 0C, the group added.

“Vehicles with such high real emissions cannot be allowed to keep polluting the air in our inner cities,” said DUH director Juergen Resch, calling for “hardware refits” with new catalytic convertors to eliminate the NOx.

This marks the first time Volvo has faced accusations of “dieselgate” cheating.

The scandal erupted in 2015 when German giant Volkswagen admitted to installing defeat devices into 11 million diesel cars worldwide, and has since ensnared a string of other car makers.

But the Swedish car maker, owned by China's Geely, was quick to reject allegations of software trickery. Higher emissions in cold temperatures “do not mean an illegal defeat device” is built into a car, a Volvo spokesman told AFP.

Rather, “every internal combustion engine” has a so-called “protection function” that reduces exhaust treatment in cold weather to prevent damage to the motor from condensation and ice formation, he added. “All vehicles” were “licensed according to legal stipulations by the authorities,” the spokesman said.

The fallout from the dieselgate saga has so far cost 12-brand behemoth VW over 30 billion euros ($33 billion) and swept it into a massive push towards electric motors. And sales of diesels have tumbled in Germany, as drivers fear being shut out from city centres by court-ordered bans aimed at tackling air pollution.

Nitrogen oxides are estimated to cause thousands of premature deaths in Germany each year. According to the World Health Organization (WHO), the gases aggravate asthma and bronchitis symptoms and are linked to cardiovascular and respiratory disease.