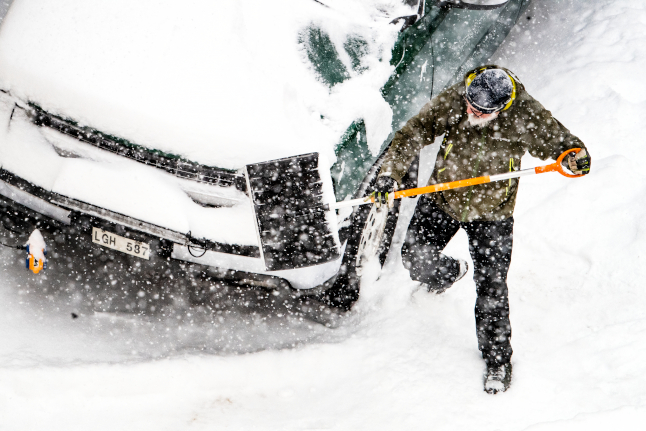 Sweden's national weather agency SMHI issued a class-one warning (the least serious kind on a scale from one to three) for up to 15 centimetres of snow in the Dalarna and Västernorrland regions.

The snow is expected to reach Dalarna on Tuesday afternoon and Västernorrland later in the evening.

Between 10 and 15 centimetres of snow are expected to fall in Västernorrland, and between 5 and 10 centimetres in Dalarna.

“The snow will keep coming throughout much of Wednesday,” said Frost.

Tuesday's snow warning notwithstanding, it has been an unusually warm winter in Sweden.

Sweden's snow cover currently stretches north from Dalarna, while large parts of southern Sweden have not even had a meteorological winter (when average daily temperatures stay below freezing for five consecutive days) this year.