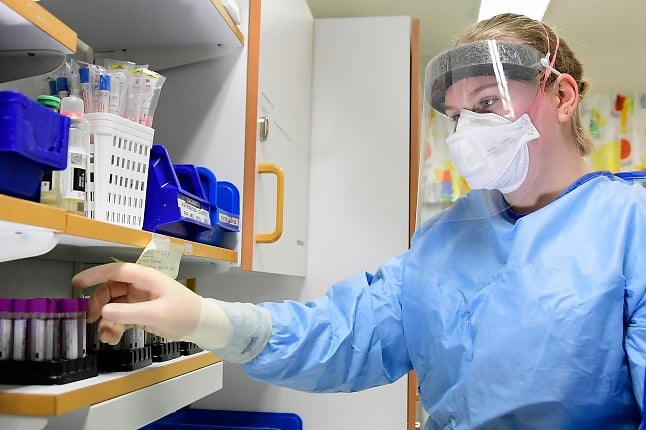 What are the recommendations about testing from international authorities?

The World Health Organisation this week urged countries to “test, test, test” for the coronavirus, with its director-general expressing concern over the action taking in some countries.

“Test every suspected case. If they test positive, isolate them and find out who they have been in contact with two days before they developed symptoms and test those people, too,” said Dr Tedros Adhanom Ghebreyesus.

But that advice may not be suitable for every country, and is most effective when followed at the very first signs of an outbreak.

“Countries across the EU/EEA might be in different scenarios, even within the same country, and testing approaches will be adapted to the situation at national and local level. National authorities may decide to only test subgroups of suspected cases based on the national capacity to test, the availability of necessary equipment for testing, the level of community transmission of COVID-19, or any other criteria.

What approach did Sweden take?

This was the approach taking in the first days and weeks of the virus in Sweden.

During this early stage, anyone who reported symptoms after travel to high-risk regions overseas, or after contact with confirmed patients, received a test.

Authorities also traced the movements of infected people in order to contact others who might have been exposed to the virus, and test them if it was deemed necessary. The Public Health Agency has said that when this was done, it was typically only the closest contacts such as family members or close colleagues who also tested positive, rather than for example others who had been on the same flight or train.

This method allows health services to isolate even those cases which are asymptomatic, or where the patient has mild symptoms, which prevents those people spreading the virus further. How and why did the Swedish strategy change?

However, that strategy has now changed. Authorities have shifted their focus away from testing all possible cases, and instead on protecting the most vulnerable groups. People with severe respiratory symptoms or who belong to a risk group will still be tested.

“The previous strategy of catching all cases of illness, by testing people who get symptoms after travelling in certain areas abroad, is no longer the most effective,” the Public Health Agency. “This means that everyone who is sick with cold- or flu-like symptoms should be at home so as not to risk spreading the infection to others.”

That means anyone who is generally healthy but has symptoms of the coronavirus (including a fever and cough) is advised to stay at home and limit social contact until they have been symptom-free for at least two days, but they may not be tested.

Sweden made this change following the first signs of community infection (cases that could not be linked to overseas travel or previously confirmed cases).

This meant that contact tracing would no longer be as effective, since not all cases were accounted for, so in order to best prioritise resources, the Public Health Agency has shifted resources to focus on the most seriously ill or at risk patients.

“We have passed the point of testing every case now that we have community infection,” Karin Tegmark Wisell of the Public Health Agency told the TT newswire. She said that the WHO warning was general worldwide advice for countries that were in the early stages of the virus, and that Sweden had passed the point at which it was able to test every suspected case.

“We have to work faster than that,” she said. “We're going a step further. We urge everyone who has symptoms to practice social distancing. We don't have time to wait for a test results.”

The high worldwide demand for tests has prompted the EU's disease control authority to call for member states to save on resources.

Who is being tested for the coronavirus in Sweden?

It's important to note that this does not mean Sweden is no longer carrying out tests.

The agency has also recommended that tests still be offered to people working in medical or elderly care and who are ill with a fever or respiratory symptoms.

The people being prioritised for tests are those working in healthcare with the applicable symptoms, and people in need of hospital care.

Although the Public Health Agency provides national guidelines, it's the infectious disease doctor in each region who comes up with that region's protocol for testing. This might mean that in regions without suspected community spread, for example, tests may still be carried out on other suspected cases. The structure and resources of different regional healthcare systems might also impact how many people, and which groups, are tested. If only the people at highest risk are being tested, how will we get a picture of how the virus has spread in society?

While the primary goal of the current strategy is to protect people whose lives and health are most at risk, it's also crucial for Sweden to understand how the coronavirus has spread in the country.

When the Public Health Agency changed its testing strategy to focus on the people with most severe symptoms or working in healthcare, they also introduced so-called sentinel testing so that they would still be able to get general data on the spread of the virus.

This is a system that is already used to track seasonal flu, so that authorities can understand how severe the outbreak of flu is each year, and how it spread. You can read the weekly sentinel report from this winter's flu season here (in Swedish only).

That's important because, like the coronavirus, the flu causes only mild symptoms in many people who catch it, so they may not all seek medical care or receive treatment. The sentinel reports may also tell us when the virus has reached its peak — that happened with the winter's flu season this week.

So a number of clinics and laboratories take tests from patients with symptoms consistent with influenza, chosen randomly, and authorities analyse these samples and test them for the flu, to get an idea of the proportion of people with symptoms who have the flu (and not, say, a bad cold or other illness). The results help healthcare authorities get a better picture of the influenza's spread.

WHO has advised countries to adapt their sentinel systems so that they also track the spread of COVID-19, the official name of the disease, and Sweden has done this.

In the week beginning March 12th, 42 samples were analysed as part of the sentinel system, of which one tested positive for COVID-19. You can follow the results of the sentinel testing here.

One other thing to note is that because the coronavirus is a new virus, unlike the influenza, it may be harder to get accurate data, because there are still some things experts don't know about it and because it may be spreading at different rates in different parts of the country.

How does Sweden's strategy compare to other countries?

South Korea is being held up as a good example of effective widespread testing, carrying out 15,000 tests per day, second only to China in terms of numbers.

But when you look at the number of tests per capita, Sweden actually ranks very highly.

Many other countries have also had to move away from testing every suspected case and contract-tracing.

In France, for example, the focus is on testing people in the following groups, in order to best use limited healthcare resources: healthcare professionals, those who have severe symptoms, vulnerable people (for example the elderly or people with serious underlying health conditions), and people in a group setting such as a care home who have symptoms. France currently has the capacity to perform 2,500 tests a day.

In Germany, people are asked to contact their doctor or coronavirus hotline number if they have symptoms and the doctor will then decide if they should be tested or not. Not everyone will be tested, and Germany is also prioritising testing people with the highest likelihood of having caught the virus, such as those who have had contact with a confirmed case or recently travelled back from a high risk area.