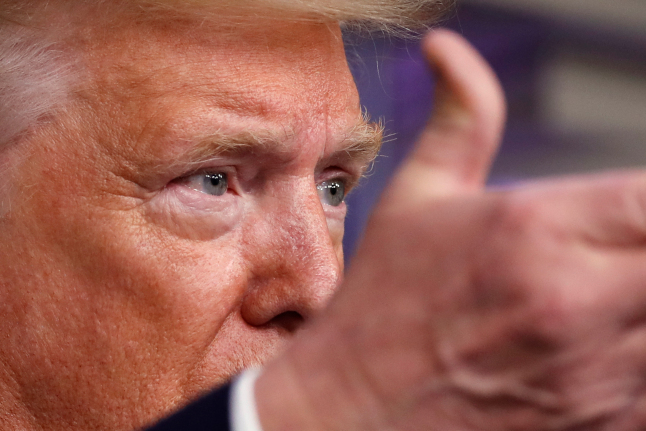 Stockholm has not imposed extraordinary lockdown orders seen elsewhere in Europe to stem the spread of the virus. Almost 700 people have died with the virus in the Scandinavian nation.

Asked at a White House briefing on Tuesday what advice he would offer to leaders who were sceptical of social distancing measures, Trump replied: “There aren't too many of them… They talk about Sweden, but Sweden is suffering very gravely.”

Instead of a lockdown, Sweden has called on citizens to take responsibility and follow social distancing guidelines and stay home if they have symptoms, and has also banned gatherings of more than 50 people and barred visits to nursing homes.

“We are doing about the same things that many other countries are doing, but in a different way,” Linde told broadcaster TV4.

“We trust that people take responsibility.”

On Wednesday, Swedish health authorities reported 8,419 confirmed cases of the new coronavirus, with 687 deaths, saying that the infection rate seemed to be slowing down in Stockholm but increasing in other parts of Sweden.

State epidemiologist Anders Tegnell at Sweden's Public Health Agency told reporters he did not believe Sweden was suffering any more than any other country.

“No, we don't share his opinion,” said Tegnell. “Of course we're suffering. Everybody in the world is suffering right now, in different ways. But Swedish healthcare, which I guess he alludes to, it's very difficult to understand, is taking care of this in a very, very good manner.