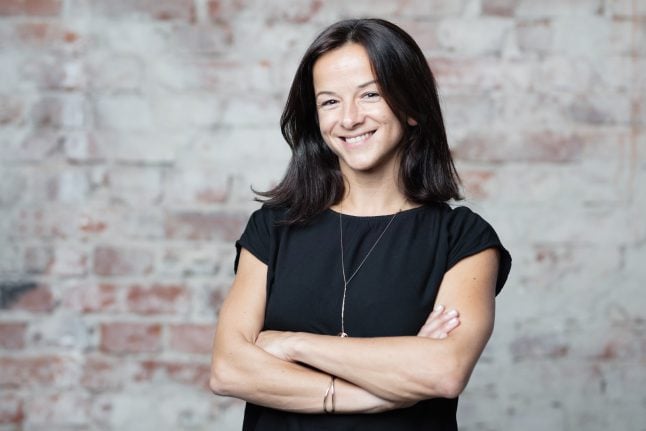 The world is facing the gravest economic and social challenges in living memory. No single city – or even country – will have all the solutions.

But with its pioneering spirit and proven ingenuity, Stockholm punches well above its weight. We spoke with Funda Sezgi, of Norrsken Foundation, the Stockholm-based impact hub, about the city's characteristics – and rays of hope for creating new systems better suited to the demands of our time.

With only Silicon Valley having more unicorn companies per capita, Stockholm has gained global recognition as a centre of innovation.

He designed a simple forehead band to hold standard plastic sheets, forming a face shield. Thousands of shields have been 3D-printed based on the design, including for doctors and nurses in New York.

Sezgi, Norrsken's chief operating officer, says the city is benefiting from a forward-looking school system, including early provision of computers. “Thinking in new ways and tinkering with solutions is part of this society’s genes,” she said.

Find out more about 'the unicorn factory' from Invest Stockholm

“Sweden's early adoption of computers and the internet has creative implications. I also believe the education system helped put critical thinking in the DNA. That’s very useful for entrepreneurship, innovation and technology.”

Countries are being challenged like never before in peacetime to show how quickly they can adopt new norms. Stockholmers have already proven themselves to be early adopters in many areas of life.

From Sweden’s status as the world’s most cashless society to a clutch of health apps offering video consultations with doctors, Stockholm moves fast. This ease with moving to newer ways of doing things when they prove more efficient could be hugely beneficial amid such far-ranging disruption.

Sezgi says Norrsken Foundation always has a “bias for action”. This enabled them to set up Action Against Corona, in collaboration with the newspaper Dagens industri and the private equity firm Nordic Capital, at lightning speed.

The platform provides funding and access to networks for start-up projects aimed at tackling coronavirus-related problems, whether in health or wider society. “We woke up to a Monday meeting where we said we should do something to support the initiatives,” she explains. “Within literally 30 hours, we had the first platform out with over 80 partners. We like doing without overthinking; we do then we fix.”

The world has entered what trend forecaster Li Edelkoort calls a “quarantine of consumption”. Could we learn from this to make ourselves better prepared for climate change?

Sezgi says our model of consumption made reaching “the planet’s boundaries” inevitable. “Now that has hit us a bit harder and quicker than anyone anticipated,” she adds. “Systems have been built divisively, revolving around I rather than we or us. But Stockholm is a pioneer for any conversation about sustainability and innovation.”

Food waste is a prime example of our unsustainable lifestyles; around a third of all food produced globally is lost or thrown away. Karma, founded in Stockholm in 2016, allows you to buy surplus food from retailers at low prices.

Consumers select what they want in the app and collect the food themselves. During the coronavirus outbreak, Karma has switched to offer deliveries instead in both Sweden and the UK. Interested in establishing, expanding or relocating your business to Stockholm? Find out more

“I want to enable people to act as citizens in the supply chain to ensure a diversity of products and suppliers,” says the company's French founder, Corentin de Trégomain. “If we don't act as a community, we will always give the advantage to the big players but they're not always the ones I want to support.”

The pandemic has highlighted a defining characteristic of our age: information overload. That can lead to confusion and even risk panic. Transparency about the information and data that can have most impact is crucial.

This is an article of faith among Stockholm’s start-up community; 3D Verkstan quickly had an impact with face shields because its open source files are accessible to all.

Sezgi believes such transparency comes from being humble. “Norrsken and Stockholm are a drop in the ocean,” she says. “We’re now dealing with global problems, so unless we’ve shifted our mindset to include each other in the solutions, the impact will only be a little splash. The only way to do this right is by collaborating.”

Read also: Imagining the post-coronavirus world: can we transform our habits for the better?

Each day brings stories of people supporting each other in new ways amid the disruption to our usual relationships.

In Stockholm, the notions of equality, flexibility and shared responsibility run deep. This is apparent in progressive attitudes to work-life balance and flattish hierarchies that aim to give everyone a voice. Sezgi sees the trust that helps give Stockholm its character as two-fold. “It means: ‘I trust you won’t harm me’ but also ‘I trust you’ll do a great job if you take this responsibility’,” she says. “Here, you have that deeper trust in people’s competence.”

The pandemic has shown we have the technology to enable many people to work more flexibly. Post-pandemic, will the world have the trust in people?

Stockholm may not have the scale of London, New York or Shanghai. But the city of the Nobel Prize has vision and was the first to declare itself 'A Woman's Place'.

Norrsken Foundation ended 2019 by launching a €100 million social impact fund for early stage start-ups. Many issues it was designed for now seem even more urgent: poverty, food waste and mental health, for example.

Norrsken and Action Against Corona ask big questions. “How do we use the superpowers of tech, innovation and entrepreneurship to find solutions to the problems that matter?” asks Sezgi.

This vision is further illuminated by an in-house motto: to seek to make themselves redundant. “That’s a value we live by in everything we do so that we can keep progressing,” she says. “We’re an ecosystem builder, connecting a network of actors on the same issue.”

A world in which problem-solvers gradually make themselves surplus to requirements? Now, there’s an ambitious vision.