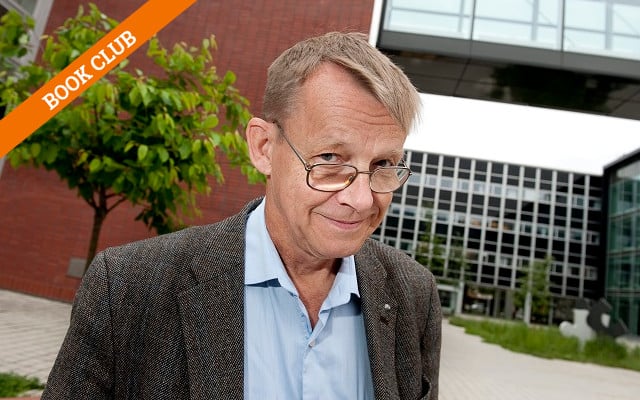 Written by Swedish statistician Hans Rosling with his son and daughter-in-law Ola Rosling and Anna Rosling Rönnlund, this book has become an international bestseller.

Rosling puts forward the argument – backed up with facts and stats – that most people believe the world is less healthy, poorer, and more dangerous than it actually is. He also argues that this is due to misinformation; people often do not have all the facts. His credentials: working as a doctor, health professor, advisor to Unicef and WHO, and cofounding Doctors Without Borders in Sweden.

The book calls for more recognition of the progress that is happening in the world, including the sharp drop in numbers living in extreme poverty, and leaps in healthcare from family planning to vaccine programmes to growing life expectancy.

Of course these changes are not uniform around the world, and while the situation may be improving on the whole, it's important to acknowledge who gets left behind or left out of this progress. Critics of Factfulness have argued that the book doesn't go into these inequalities in sufficient detail.

Before reading, you may want to take the Gapminder test (Hans Rosling was a cofounder of the Gapfinder Foundation) to see how accurately you judge the state of the world.

Throughout the month, we'll be discussing the book in our Facebook group, so here are a few questions to keep in mind:

If you'd like to share your thoughts on Factfulness, or any ideas on what we should read next or other suggestions for the Book Club, join The Local Sweden's Book Club on Facebook, or send us an email.