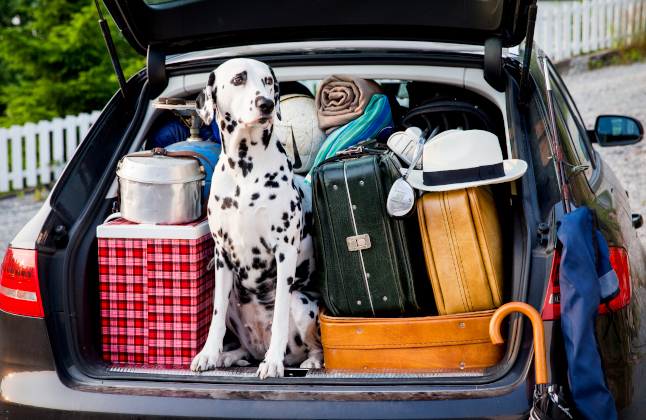 There are still a few rules to keep in mind, however. Photo: Erlend Aas/NTB scanpix/SCANPIX

Sweden's previous recommendations advised against all non-essential journeys longer than one or two hours by car, but the new rules mean that people without coronavirus symptoms will be able to travel freely within the country for whatever reason, including leisure – as long as other health and safety rules are followed.

“The situation is still serious. This does not mean that the danger is over, it does not mean that life is returning to normal. Each and every journey this summer should be carried out with 'caution' as the keyword,” Prime Minister Stefan Löfven told a press conference on Thursday afternoon.

Unlike in several other countries, Sweden's domestic travel restrictions have never been enforced; they are only part of a set of strong public health recommendations, along with for example social distancing and good hand hygiene. However, people are expected to follow them, with officials describing them as “not optional”.

These other recommendations, as well as actual regulations such as a ban on public events of more than 50 people and anti-crowding rules for restaurants, remain in place. So even if you are travelling within Sweden this summer, you are expected to avoid crowds, keep a distance to other people, and so on.

And people in risk groups, for example if you are aged over 70, are still advised to avoid direct contact with others. However, the Public Health Agency advises that the risk of infection is significantly lower outside than inside, so you may still be able to meet each other as long as you take proper precautions.

How do you feel about Sweden's new travel rules?

Sweden has been hit much harder by the coronavirus outbreak than many of its neighbours. More than 4,500 people have died after testing positive for the virus, and there have been more than 41,000 confirmed cases.

But the number of coronavirus patients in hospital and intensive care units has decreased in Sweden over the past month, which Löfven said indicated that the country was “heading towards an improved situation”.

Around 300 people were being treated in intensive care for the coronavirus on Thursday in Sweden, according to the National Board of Health and Welfare, down from a peak of more than 500.

Sweden's director-general of the Public Health Agency, Johan Carlson, said that there was a certain element of risk involved in easing the travel restrictions, but stressed that it should not be taken as a return to normal.

“There is a certain risk here, I am fully aware of that. But it is very clear that travel is possible but social distancing remains. I think in those cases travel in itself does not pose significant risks,” he said.

Löfven said that Swedish health authorities would be keeping a close eye on how the expected increase in travel affects the number of new coronavirus infections, and that the government was prepared to introduce new restrictions if necessary.

Thursday's decision does not affect the entry ban to the EU via Sweden, which remains in place until June 15th and may be extended, nor the Swedish foreign ministry's advice against non-essential international travel.