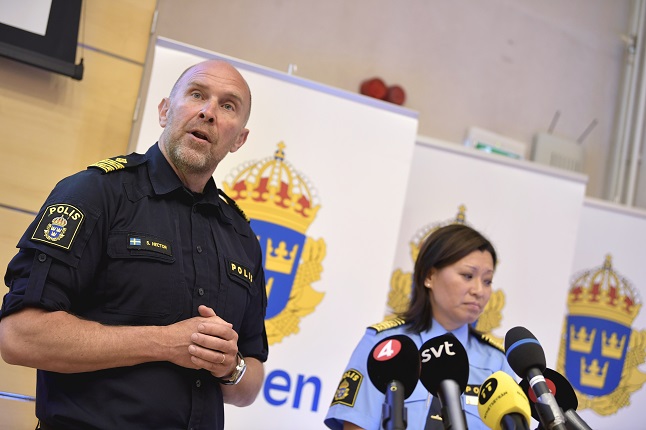 Back in November, Swedish police outlined its plan to fight violent crime following a wave of shocking incidents, including the fatal shootings of a 15-year-old and a sharp rise in the number of gang-related explosions.

Operation Hoarfrost, as it was named, had the goals of reducing the number of explosions and shootings in Sweden and increasing the feeling of public safety.

The figures so far show that this has not been achieved on a national level.

The number of shootings in Sweden remains roughly the same as recent years, although there has been a change in the locations where the operation concentrated the resources.

7: Number of months the operation was in progress

First launched in early November last year, police on Thursday announced it would now come to an end. This is partly because it required police officers to relocate from other parts of the country to work in Malmö and Uppsala, and partly because the use of a 'special national incident' like this is meant to be temporary, requiring special powers and a change in how decision-making works.

A total of 735 people were taken into custody, 410 kept in custody, and 339 detained in connection with the operation.

“Before Hoarfrost, we had a good picture of the people who were behind this crime development. This intelligence has become even deeper now and we will continue the work after Hoarfrost to trace links between serious criminals in different parts of the country,” said Stefan Hector, commander-in-chief of the operation.

50%: The fall in shootings in Malmö

“Our assessment is that without Hoarfrost it could have looked worse. Already when the operation was started, we were clear that the goal was to break the negative trend of deaths and explosions, not to solve the whole social problem. That requires long-term and sustained work,” said Mats Löfving, head of the police's national operational department.

In addition to confiscating 804 weapons, police involved in the operation also confiscated 321 kg of explosive materials. Police carried out more than 1,000 raids on homes.

The precise figure was 10,042,235 kronor. Police also confiscated 30 cars and 39 designer watches; one of the watches was worth over 1 million kronor while 3 of the cars were worth more than 2.5 million kronor. And a significant amount of drugs was also confiscated, including 75 kg of cocaine, 13.3 kg of ecstasy, and 256 kg of amphetamine.