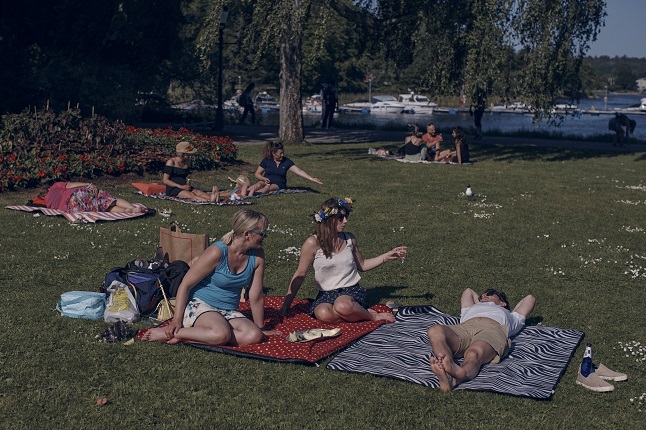 In southern Sweden, the week began with cooler weather, but temperatures look set to rise from Tuesday, and in the northern regions temperatures are already high and forecast to keep rising throughout the week.

Weather agency SMHI warned that the heat could cause problems not only due to an increased risk of forest fires across most of Sweden, but also that the risk of heatstroke, particularly for elderly or otherwise vulnerable people.

“Many people enjoy the heat, but it means a risk for elderly people who are sensitive to high temperatures and can find it hard to stay hydrated. Remember to drink and stay in the shade during the hottest parts of the day,” SMHI meteorologist Gunilla Grafström told the TT newswire.

“There won't be any precipitation in northern Sweden before the weekend, so it will stay dry. It's likely that the fire risk will also increase in the southern parts of the country. In general, it's important to be careful with starting fires in forest and on dry land,” Grafström warned.

It comes after a sunny, warm Midsummer which in several parts of the country was the hottest in 50 years – despite the holiday having a reputation for unseasonably rainy weather.

Temperatures rose above 25C in areas of all three of the country's regions, with Arvika measuring the hottest Midsummer at 29.3C. However, some places weren't able to escape the 'classic Swedish Midsummer', with thunderstorms in Gotland, northern Skåne, Halland, and the Gothenburg area.

heat – (en, although värme is an uncountable noun so you wouldn't say 'en värme') värme