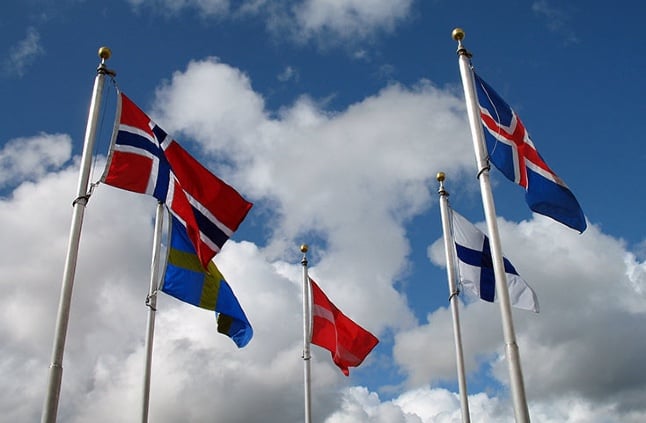 Miguelb/Flickr
“While Sweden has not been immune from Covid, despite its light-touch lockdown, we expect it to be the best of a very bad bunch this year,” read the report by British analysts Capital Economics.
“The key message is that we forecast the Nordic economies to experience the shallowest recessions in Europe, and our GDP forecasts this year are now above the consensus. That said, inflation will remain frustratingly low across most of the region, and policy tightening is years away,” Economic analyst David Oxley writes.

The report states that all the economies of the Nordic countries have performed better than the rest of Europe – and that Sweden tops the list.

“The Nordic economies have weathered the Covid crisis comparatively well, and if our above-consensus forecasts for GDP growth this year prove accurate, the region will see some of the smallest falls in output in the whole of Europe.

“We forecast output in Denmark and Norway to fall by about 3% this year, and while Sweden has not been unscathed, despite its light-touch lockdown, the fact that the economy grew in Q1 sets the stage for an even smaller contraction.” But the Swedish economy is not completely immune to the corona crisis either, according to the report. Many consumers have kept their money tight and cut back on unnecessary expenses, despite the fact that shops and restaurants have remained open, writes the TT news agency.
The report also notes how neighboring countries closing their borders affected both exports and the hospitality and tourism industry.
“With that said, the fact that Sweden was the only major economy to grow in the first quarter works wonders for economic arithmetic,” the report states.
One explanation given for Sweden's better performance is that unlike in most EUropean countries, the primary schools have been kept open, which has meant that the parents have been able to carry on working as usual.
In addition, private sector output is projected to decline by four percent relative to GDP, which is only a third of the expected fall in the rest of the euro area, writes TT.
Lars Calmfors, professor emeritus of international economics and researcher at Stockholm University, says that it is possible that Sweden has done better than other countries – but that it is too early to say.
“We have closed down less than other countries, which may have made us do somewhat better so far,” he told TT news agency.
“But it will all depend on what happens during the autumn: Have we reduced the spread of infection enough or will it increase again? If it increases, it will hit the economy.
Calmfors also believes that it is irrelevant that Sweden had a GDP increase during the first quarter, as the spread of infection came here relatively late compared with the countries in Southern Europe.
But while the outlook maybe brighter than the rest of Europe it doesn't mean it's particularly positive. Nordic governments are forecasting deep recessions.
Sweden is forecasting a six percent drop in GDP this year, according to the government.

Norway is expecting a 3.5 percent drop and Denmark a 4.1 percent drop, according to their respective central banks.

In more bad news this week the Swedish unemployment rate jumped to its highest level since 1998 in June, at nearly 10 percent, due to the economic fallout from the novel coronavirus, Statistics Sweden said.

The seasonally-adjusted unemployment rate among 16 to 64-year-olds, the statistics agency's longest-running series, reached 9.4 percent last month, surpassing the nine percent peak in early 2010 in the wake of the financial crisis.

A poll of economists by Reuters news agency concluded Denmark, Norway and Sweden face among their worst economic downturns on record this year due to the COVID-19 pandemic, but will largely recover the lost ground in 2021.

Sweden is predicted to grow 3.9% next year, Norway 4.0% and Denmark 3.8%, the report said, although job growth looks slow, with the forecasts showing only minor falls in unemployment between 2020 and 2021.

Robert Bergqvist, chief economist at SEB bank warned predictions for 2021 were “surrounded by great uncertainty”, with much dependant on how other parts of the world fared and whether there was a second wave of coronavirus infections.

For the economist Lars Calmfors, economic performance in Sweden depends simply on how well the country succeeds in keeping the spread of infection down in the future.