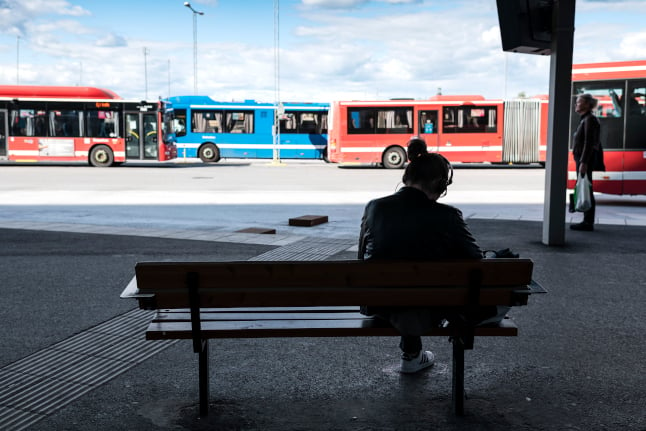 Make sure you travel with a valid ticket to avoid a fine. Photo: Naina Helén Jåma/TT

Ticket inspectors will check passengers' tickets when they get off at their bus stop. They will have hand disinfectant and the option of plastic gloves, and keep an arm's length to passengers to minimise the risk of infection, writes Stockholm public transport operator SL in a statement.

SL said it had been losing around 100 million kronor a week due to a decrease in travel – Sweden's health and safety recommendations include working from home if possible and avoiding public transport, especially during rush hour – as well as an increase in fare dodging during the pandemic.

Systematic ticket inspections were halted in Stockholm in April and passengers have been boarding buses from the back door to avoid contact with the driver. This means that because passengers have not had to show their ticket when they get onto the bus, some have neglected to buy a ticket altogether.

Stockholm transport chiefs said that fare dodging had doubled on commuter trains in May and June compared to the same period last year, with more than 80,000 jumping the turnstiles in June.

Anyone who gets caught travelling without a ticket may be handed a fine of 1,500 kronor.

travelling without a ticket – planka