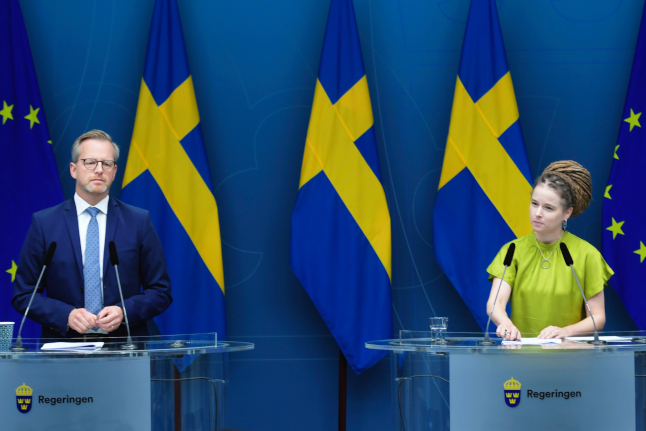 The Swedish government had previously proposed raising the limit on the number of people at public events with designated seating from 50 to 500 from October 1st, after discussions with organisers and health authorities, but a final decision was delayed following a rise in coronavirus cases in September.

Interior Minister Mikael Damberg told a press conference on Tuesday that the government was now instead planning to make a decision on the proposal at a cabinet meeting on October 8th, which would mean the raised limit for public events would come into force on October 15th.

But he stressed that this was just a tentative road map for the path ahead, and that the government was equally prepared not to push forward with the plan if the renewed rise in coronavirus infections continues in Sweden.

Additionally, the government wants to exempt restaurants, bars and cafés from the specific rules for public events, Damberg and Culture Minister Amanda Lind announced at the press conference.

This is meant to resolve a legislative quirk, which had previously meant that restaurants were covered by two different sets of regulations at the same time: health and safety rules that require restaurants to make sure guests can maintain social distancing, as well as the ban on public events of more than 50 people.

The quirk mean that restaurants and bars were subject to the ban if they hosted events, but not otherwise.

But it also led to decisions that have been criticised as arbitrary, for example several occasions when police gave permission for lesser-known artists to perform at restaurants – as restaurant-goers were then considered to be attending for the purpose of having dinner and not to attend the music event – but not for more famous artists.

“We'll get to grips with the illogical rule that if 200 people are eating in the same room and someone then starts performing, almost everyone has to leave,” said Lind.

The exemption for bars and restaurants is set to come into effect on October 8th. After this date, restaurants will no longer be subject to the 50-person limit if they host events, but they must continue to comply with the existing restrictions for restaurants including table service only and a one-metre distance between groups of people.

Plans to raise the audience limit from 50 people to 500 will come into force on October 15th only if the coronavirus situation allows, said Damberg and Lind. Those rules would then apply to events with designated seating and social distancing – where all attendees would be seated at least one metre apart.

The limit of 50 or 500 people applies to events such as concerts, conferences, and sports matches, but not to private events such as parties or weddings, or in places like schools, workplaces or shopping centres (which have no cap, but should follow other infection prevention guidelines).