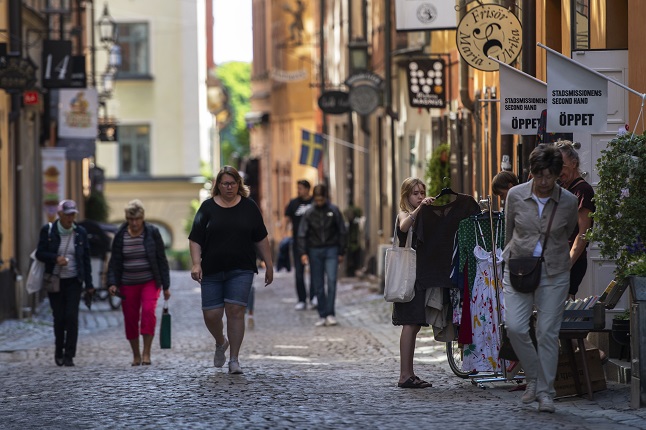 The agency's general director, Johan Carlson, told Sweden's public broadcaster on Thursday evening that local restrictions will likely not take the form of bans as in many other countries.

Instead, there would be a strong recommendation against going to shops for non-essential errands or travelling by public transport.

“At the same time, you put a demand on the people operating the business to, for example, limit the number of people who enter a shop or a mall or a bus,” he told SVT's Aktuellt.

These plans for stronger local restrictions are not yet finalised, but are awaiting feedback from regional infectious disease doctors. The idea is that they would only be introduced for limited time periods in specific locations, in response to local outbreaks.

“What we are talking about now, which we have sent out for consultation, is a general recommendation and it is linked to the Infectious Disease Act,” the agency's Karin Tegmark Wisell told the TT newswire earlier in the day.

“Legislation cannot be different [in different regions], it is national. But on the other hand in the general recommendations which are out for consultation, the goal is to make it clear which tools we see as most appropriate” in situations where the spread of infection increases rapidly in certain areas, she said.

Tegmark Wisell added that the Swedish strategy is based on individual responsibility.

Currently, Sweden's national recommendations urge everyone in the country to use other means of travel than public transport if possible, and to keep distance on public transport. In Stockholm, public transport operator SL still advises everyone only to use their buses, trams and trains only if it is essential, because of the difficulty in ensuring social distancing.

Shops are supposed to ensure social distancing is possible at all times, especially at spots like checkout queues.

People are also advised to keep an arm's length's distance from other people at all times, both indoors and outdoors, avoid large social gatherings, and stay at home if experiencing any symptoms.

However, stricter advice applies to people in risk groups or aged over 70, who are still advised to avoid shops, restaurants, and public transport, and to get help in having food or medicines delivered.

Carlson said on Thursday that the agency aimed to remove these stricter regulations “as soon as the situation has levelled off”.

The proportion of people tested for the disease who test positive reached 2.9 percent this week, up from 2.4 percent the week before and 1.6 percent two weeks before that.