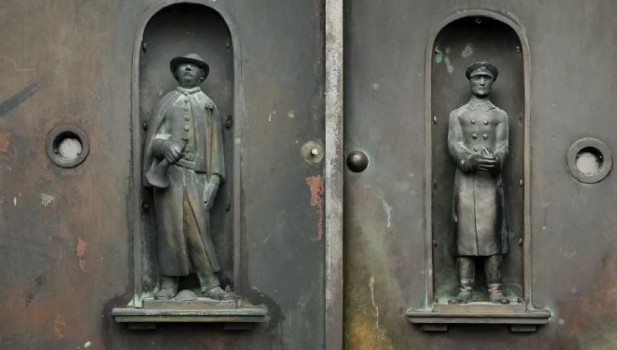 The two bronze statues, named “Vaktaren” (The Guardian) and “Poliskonstapeln” (The Police Constable), have guarded the gate of a former police station in the southern city of Malmo since it was built in 1934.

Developer Riksbyggen is converting the station into apartments, but said the statues were an important part of the building's history.

“We want to maintain the history and retain as much of the heritage that exists,” project manager Emil Nilsson told AFP.

The officers have been missing for a few months already and with no leads Riksbyggen is now offering a reward of 10,000 Swedish kronor ($1,100, 960 euros) to anyone with information leading to the “unharmed” return of the police officers.

Riksbyggen said “Vaktaren” was last seen wearing an overcoat, a cap and clogs, while “Poliskonstapeln” wore the 1926 standard police uniform with a striped coat and boots “at the time of the disappearance.”